Today in things that exist: This alarm clock that wakes you up with an orgasm

On average, most of us hit the “snooze” button on our alarm clocks about 98274987234 times every morning. OK, maybe that’s a *slight* hyperbole, but we can all agree that waking up in the morning is the actual worst. One inventor, however, is aiming to make it a little easier for women. How? With an alarm clock that wakes you up with an orgasm.

The Little Rooster (that name, though) is a vibrating alarm clock that claims to be “whisper-quiet” with 27 levels of intensity (and a bit louder for three more, for a total of 30 levels). It’s worn inside the panties but outside the body, with a “vibrating leg [that] stimulates your clitoris and labia.” And no, it doesn’t start suddenly right at the time you set it — it slowly starts five minutes before, gradually intensifying. 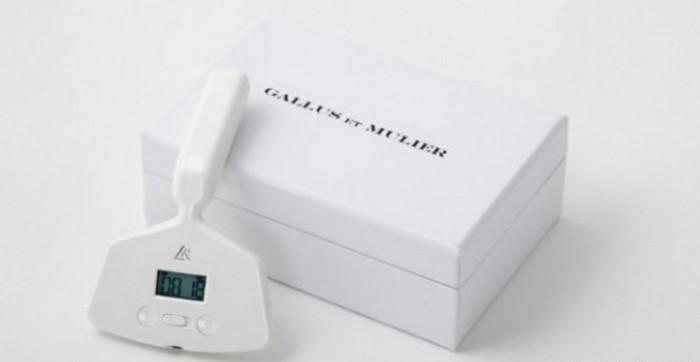 “We simply turned the idea of an alarm clock on its head,” inventor Tony Maggs told Lost At E Minor. “Most alarm clocks irritate you awake. Result: you wake up feeling irritated. Waking to pleasure seemed the most obvious solution to miserable mornings – and it works.”

Maggs went through 300 prototypes, testing them on over three dozen women of different body shapes and sizes to find the best fit for the Little Rooster. “Little Rooster may not be obviously comfortable to look at, but it fits your body perfectly whatever your sleeping position and it stays in place however much you move around at night,” he said.

Maggs has also been contacted by many “very happy, sex positive people out there” who are “being very creative with the ways in which they use pleasure to make their lives happier and better.” “I received [an email] from a very satisfied customer saying she uses it on the train when commuting to work every morning,” he told Lost At E Minor. “Before her husband bought her a Little Rooster she would often fall asleep, miss her stop, and get in late and flustered. She actually credited us with saving her job.”

The Little Rooster costs £39.00 (or about $56.50) with free shipping in the States and the UK, and Maggs claims it’s “perfect for Valentine’s.” Hey, if it works, it sounds like a great gift to give yourself anytime, TBH.