Yesterday, House Republicans voted to repeal and replace Obamacare. If the American Health Care Act passes in the Senate, 24 million people will lose their access to health insurance. Secondly, people with pre-existing conditions would also lose their coverage. We’ve asked HelloGiggles contributors to discuss how the AHCA would hurt them.

College was rough for me. I know, it’s rough for everyone — but I had a little bit more going on than the typical kegger hangover. My college experience left me with a unique version of student debt. I don’t owe on tuition, and for that, I am very lucky. But due to a series of unfortunate events outside of my control, it has made me uninsurable under the GOP’s new health care plan.

I’m 28 years old, looking towards what I hope will be at least another 50 years of life on this Earth, and if the AHCA passes, I won’t have insurance for any of it. 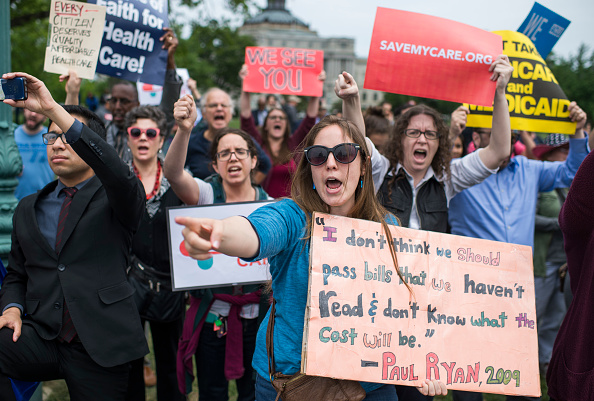 At the end of my first semester of college, I got a sinus infection. No big deal, right? I packed up my stuff and headed back home for the summer. Two weeks later, I started to get a tingling in my limbs. Then, came the paralysis. Yeah, I straight up lost the ability to walk, which is why my mom dragged me to the hospital.

After three spinal taps — how lucky am I?!— the doctors were able to diagnose me with Guillain-Barré Syndrome (GBS).

I was really lucky, not just because my parents had excellent health insurance — the likes of which it looks like I’ll never see again— but because I got GBS exactly when I did. I benefitted from recent discoveries (fund the NIH!) that led to a medication called IVIG. IVIG is essentially the antibodies from other people’s blood donations.

You see, GBS is an autoimmune disease. The doctors told me that my immune system had probably gone haywire in reaction to that sinus infection I’d had. My antibodies were attacking my nerves. They’d poked holes in my myelin sheath (the coating around your nerves). This damage was causing the excruciating pain, the paralysis, the loss of taste — because yeah, the other two weren’t enough. I needed more going wrong. 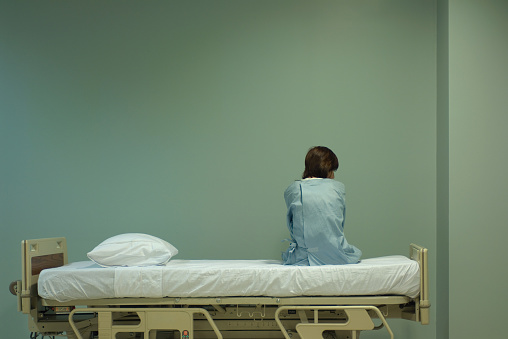 Without intervention, GBS would get worse. I might lose the ability to speak. 50 years ago, doctors handled it by putting patients in the ICU for months as they got locked into their bodies.

I was lucky. The doctors put me on an IVIG drip for several hours a day. The nurses told us that the medication was very expensive.

In a week’s hospitalization, my IVIG total reached over $250k. I am even luckier that my parents had insurance to cover it.

Even with that high price tag, the doctors didn’t treat my GBS as aggressively as they should have. That medication is expensive, and as a rule, hospitals tend to mistrust the validity of a 19-year-old girl’s claims, which is a whole other load of phooey.

I needed outpatient IVIG treatment in August, and I was hospitalized for another week in September — less than a month into my sophomore year. By the time all was said and done, my treatment would have cost close to a million dollars without insurance.

It took me six months to recover. For the next five years, any time I was stressed or sick, it would bring my symptoms back. I spent a lot of time in bed, willing my limbs to work, trying not to force myself to be better than I was — I knew that it would hurt me in the long run.

A year after I was diagnosed, I went to study abroad at Oxford. There was no way I was missing an opportunity like that because of a silly bout of paralysis. I met a guy on my program and we became best friends, which inevitably led to us “dating” without any title, the way you do in college.

One night, I was lying in bed. A bout of strep throat had brought back many of my symptoms. I was exceptionally weak. I was in pain. I had taken some Tylenol with codeine, since it was the only thing that could offer me even minimal relief.

The guy I was “not dating” (even though we spent all our free time together) came into my room, and then he raped me.

I wouldn’t normally include this anecdote —  but apparently, “sexual assault” is now one of my new-old pre-existing conditions.

Here’s something else that goes along with GBS. You cannot get vaccinated.

No, I don’t mean that in the California way. I mean that my doctor actually told me that I cannot get vaccinated. GBS is one of the rare conditions that makes getting vaccinated dangerous, because it could trigger me to get GBS again. And I will do a lot of things in this world — but I am not going back to that world of uncertainty and pain.

I dated a nice guy— I know! After that last little story we’re all happy for me. We were in love. We were exclusive. We both got tested and had unprotected sex — except, here’s a fun fact. It’s really hard for cis men to get tested for HPV, so now, you guessed it: I have that little gem, too.

I got GBS because of a sinus infection. I was raped after strep throat triggered weakness in my limbs, and made me vulnerable to the violence of a man I trusted. I got HPV because I had the audacity to fall in love after having GBS.

For all of these things, the GOP has decided that I must be punished.

I am on Obamacare, and I rely on it for coverage for the cancer screening that I will need this year. I rely on it to help me when some unknown side effect of GBS — it’s like Carrie’s hand shooting out of the ground at the end of the movie, this disease is, like, never over — to wreck my life.

Looking back, I couldn’t have afforded not to get treatment for any of these ailments. Looking forward, I won’t even be able to afford an annual check up because as the GOP has led me to believe, my body has made me an undesirable.