No, you’re not different, you’re just an “Aging Millennial”

Every couple of months, some think-piece or study or list or viral video comes out, claiming to “explain” what millennials are. In a nutshell, millennials have “helicopter” parents who coddled us in our youth and turned us into “trophy children” and now we are whiny, entitled, and live in our parents basements because we can’t get a job in this economy, or maybe we just blame our supposed laziness on the economy. Millennials are also supposedly VERY good at technology. We’re ADDICTED to our phones, they say.

But what if you were born on the older-end of the millennial spectrum, aka between the years 1982 and 1989 and you don’t relate at all to these kids born in 1998? What if you’re closer in age to Gen X and don’t really feel aligned with your so-called generation?

I’m arguing we introduce a sub-generation: The Aging Millennial.

The aging millennial straddles that annoying gap between late twenties and early thirties. The aging millennial has a grown-up job, might be pregnant right now, and turned down an offer to attend their 10-year high school reunion. Aging millennials don’t really relate to Girls anymore but saw some parts of themselves in How I Met Your Mother, but there isn’t really a TV series that perfectly pegs who we are.

You grew up in the digital age but the analog era framed your formative years.

My now 22-year-old sister was playing The Sims when she was like, six. I didn’t even get a screen name until I was 14. And yet, she and I are both millennials. I feel like a thousand years separates us sometimes. You, the aging millennial, still use your web browser when you can literally use an app for anything. You probably have an iPhone and a PC and can’t be bothered to figure out how to streamline your tech. You might still be using your desktop for some online dating and don’t have multiple dating apps draining the data on your phone. You might feel like you’re the oldest person on Tinder right now.

Because you’re not quite a digital native, you might be several months if not YEARS late to new tech. When Snapchat was first created, you heard it was a sex app and held off. Then you heard it was a thing for cool teens and you still felt like it wasn’t something for you. Then, sometime around, oh a year ago, you finally and begrudgingly joined the Snap parade even though your younger siblings had been doing it for years.

You probably even joined Instagram late and now you barely update it, it’s just another THING to check. It’s exhausting. You don’t really obsess over social media. Sure, you’ll post a pic. Scroll when you’re bored. You don’t pay attention to social media politics like “the kids” do. You have probably never experienced sliding into someone’s DMs. Who is that for? Is that how people date now? You don’t notice when someone unfollows you. You don’t document your every move on Snapchat, only when you remember to or on weekends.

Most of the tech that your younger peers take for granted, you were there when it was created. You were in college in a Pre-Netflix, Pre-Hulu world. You couldn’t stream anything for a lot of your young adulthood. We’re not as digital as they say.

Millennial fads don’t make any sense to you.

You’re all about that Netflix and chill, but for you, the chill is “solo in your bed with your laptop” or with your very serious significant other.

My slightly younger BFF told me she recently went on a date that consisted of watching Fuller House. While I could genuinely understand why that’s a fun and/or ironic thing to suggest for a date, the second she mentioned that was the date, my initial reaction was pure shock. This is the only thing that highlights our two-and-a-half year age gap. That Fuller House is a natural and fun date idea for some and a shocking one to me.

Are we entitled and lazy?

We are the generation that is supposedly lazy. Supposedly in debt. Supposedly living in our parent’s basements too afraid to adult. You, the aging millennial, have a salaried job at a startup, you work for a new app, you run a website, you make viral videos at a new media company. You work on Wall Street and in Hollywood and you manage restaurants and create your own artisanal soaps. We’re all over the place paying taxes to the man and wondering who they are referring to when they say none of us know how to work? Aging millennials created Bumble. Aging millennials created Broad City. Aging millennials are creating most of the content you read on this very site.

The aging millennial doesn’t often see itself reflected in media.

The very young millennial might see their lives reflected in YouTubers and bloggers and Gen X’s existence is supposedly reflected in shows like Friends. But what about the aging millennial? Where do we pop up in popular culture? New Girl? Master of None? Maybe, but not quite. The aging millennial’s cultural cache is a weird place. Too old to care about Vine celebrities, too young to remember a time before Tina Fey was on SNL. 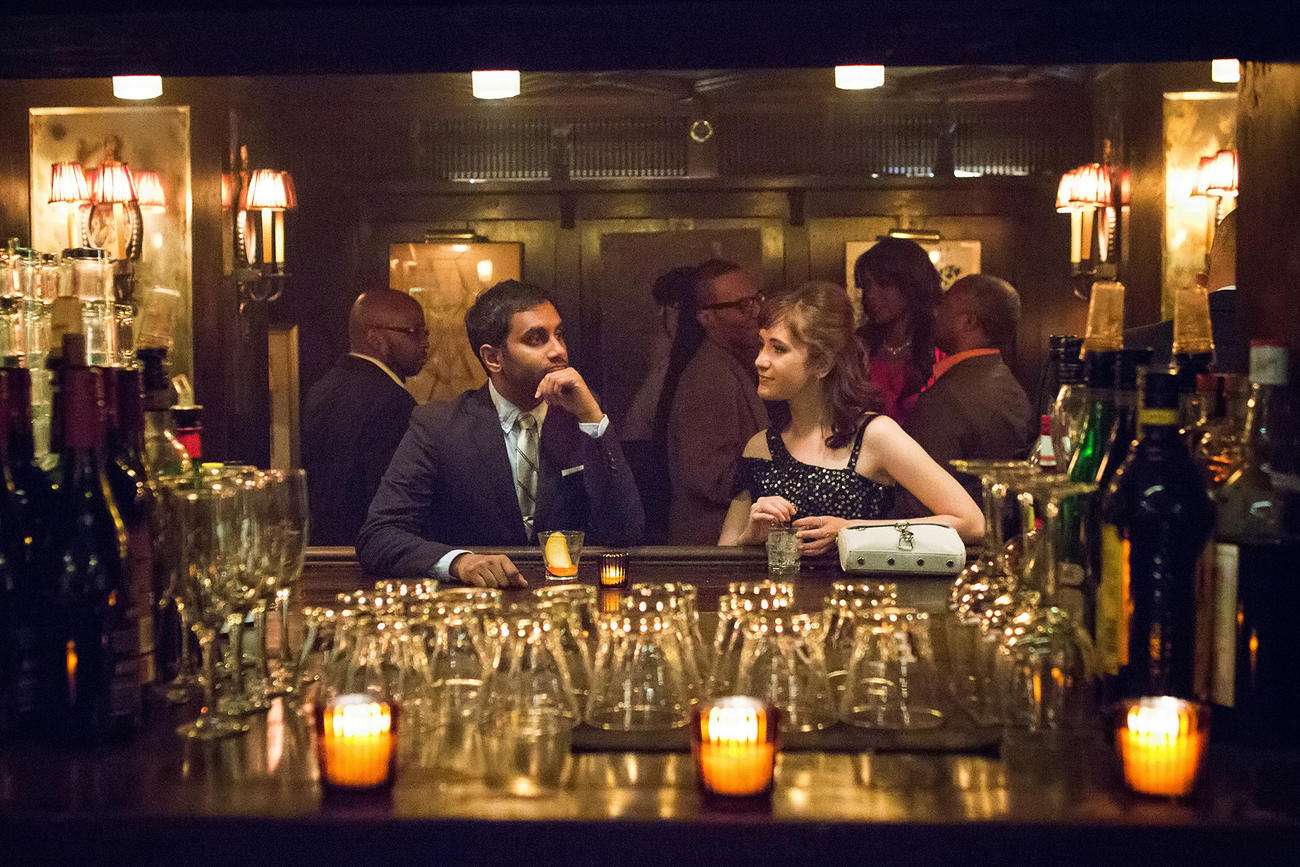 -You used to tune-in to watch TV shows every week when they aired.

-You dated organically ALL through college. You probably didn’t even go on your first internet date until you were at least 25.

-You distinctly remember gathering around the couch to watch the first ever season of American Idol.

-You would need a young person to explain Tyler Oakley to you, but balk that the kids don’t remember The Spice Girls.

-You can’t remember your Twitter login but know that you probably created an account maybe eight years ago?

-You first went to Coachella probably 9 years ago.

But maybe I’m just rejecting the idea that I’m a millennial because millennials hate identifying as millennials. **Shrugs and binge-watches Unbreakable Kimmy Schmidt while complaining that I can’t get my apple remote to work.**