Mary Church Terrell is a figure in African-American and women’s history worth celebrating. Born in Memphis, Tennessee on September 23rd, 1863, Terrell would go on to be one of the first African American women to attend Oberlin College.

Terrell earned her bachelor’s degree (in Classics) and was one of the first American women to do so.

She would also earn her Master’s degree from Oberlin in 1888. After earning these degrees, she taught at a black secondary school in Washington, D.C., as well as at Wilberforce College, a liberal arts, historically black university located in Ohio.

She was the kind of woman who once said:

"While most girls run away from home to marry, I ran away to teach." 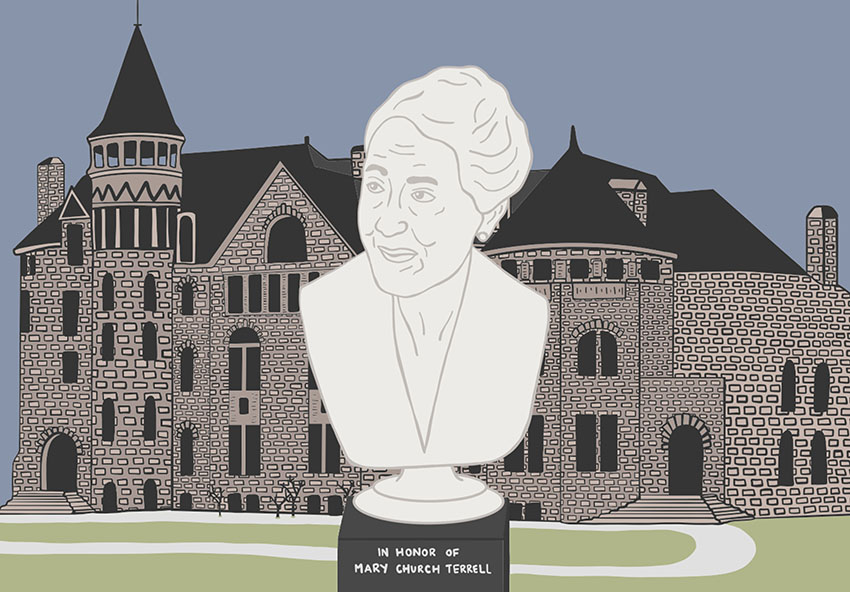 These historic accomplishments were just the beginning for Terrell. She would go on to meet both Frederick Douglass and Booker T. Washington, setting her civil rights career in motion. She became the first president of the National Association of Colored Women. She founded the National Association of College Women. She was appointed to the D.C. Board of Education (and was the first black woman to serve in such a role). She was invited to speak at the International Congress of Women in 1904, which was held in Berlin (and she was the only black woman at the conference).

Some of her most notable works include A Colored Woman in a White World (1940) and “An Interview with W. T. Stead on the Race Problem,” which was included in Voice of the Negro (July 1907).

Her list of significant contributions goes on and on. Therefore, so should her legacy.

So in honor of what would have been her 154th birthday, we celebrate her. Here’s to a woman who fought for equality, in so many of its forms.