According to this “Stranger Things” theory, Hopper and Eleven are related in a really close way

First thing’s first. If you haven’t finished up this season of Stranger Things on Netflix, possible spoilers will be ahead.

Got that? Okay. Let’s proceed.

The first season of Stranger Things had a lot of unanswered questions, one being the fact that Sheriff Hopper (played by David Harbour) seemed to leave Eleven (Millie Bobby Brown) — who had pretty much vanished after defeating the monster — her ultimate favorite food of all, Eggo Waffles, in a secret box in the woods. This scene was very “blink and you’ll miss it,” but pretty much showed us that Hopper knew a lot more about Eleven than he originally let on. 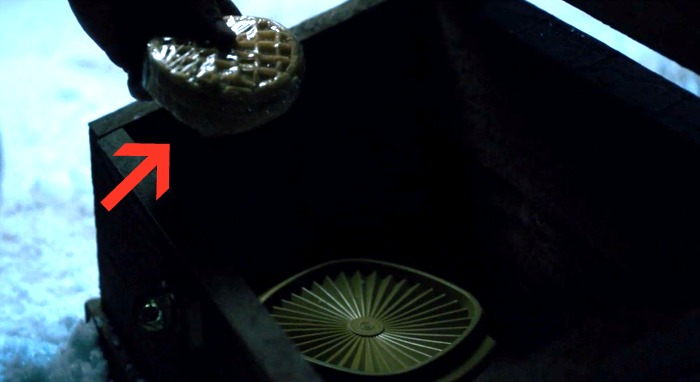 At one point, Hopper made a compromise in order for Joyce (Winona Ryder) to reunite with her son, Will (Noah Schnapp) who had pretty much been sucked into another dimension. This compromise wasn’t completely shown on camera — we knew that he’d led the scientists of Hawkins Laboratory to Eleven, if they promised to leave her group of friends alone.

What else do we know about Hopper? Well, there might have been a love connection between him and Joyce in the past, and he once took on the role of “father” himself, which may be why he has a soft spot for Will and the other kids in the neighborhood. His daughter had unfortunately passed away from cancer at an early age, and his coping mechanisms weren’t always the best. No matter what, his brief yet upsetting experience with his daughter came through in flashbacks and brief mentions throughout the entire first season. While she wasn’t a main character, it was obvious that the situation rattled him still, and shaped his personality entirely.

While fan theories were bound to pop up, one fan named Clarissa pointed out something on Twitter that makes us question pretty much everything.

Is it a little out there? Sure. But is it possible? Oh, of course. While Eleven frequently calls Dr. Martin Brenner (Matthew Modine) “Papa,” it could be because she’s been brainwashed to think that such a cruel scientist actually cared for her in a fatherly way. I mean, let’s get real — her name was Eleven, and she had a tattoo saying such, which is pretty cold if Brenner was actually her Dad.

Eleven’s origins are so unknown that really, anything is possible. If Hopper realized the connection, it makes sense as to why he suddenly felt a warmth to her in the last episode. Note that we didn’t even see him realize that she had such a love for the waffles before, thus this gift seemed weirdly personal.

That, or perhaps her torturous experiments and rough childhood really reminded him of the doctors and hospitals his own daughter had to visit based on her condition. Who knows? All we really know is, we can’t wait for Season 2.