Nerding out about space stuff is a regular thing around these parts, so we’re super excited to share this wonderful new photo of Earth between Saturn’s rings. As digg reports, NASA’s Cassini orbiter recently shot the stunning image at a mind-boggling distance of 870 million miles from Earth, which can be seen floating between two of Saturn’s mysterious icy rings.

Unlike the glorious new photo of Earth from space that Space X recently shared, Cassini’s spectacular shot displays our lovely planet with considerably less detail. In the image, Earth appears as an illuminated speck because, ya know, those are the exceptional views you experience when you’re capable of traveling nearly a billion miles away from home.

Take a look at the beautiful image below, where Earth can be seen nestled between Saturn’s Ring A (pictured on top) and the planet’s illuminated Ring F (bottom). 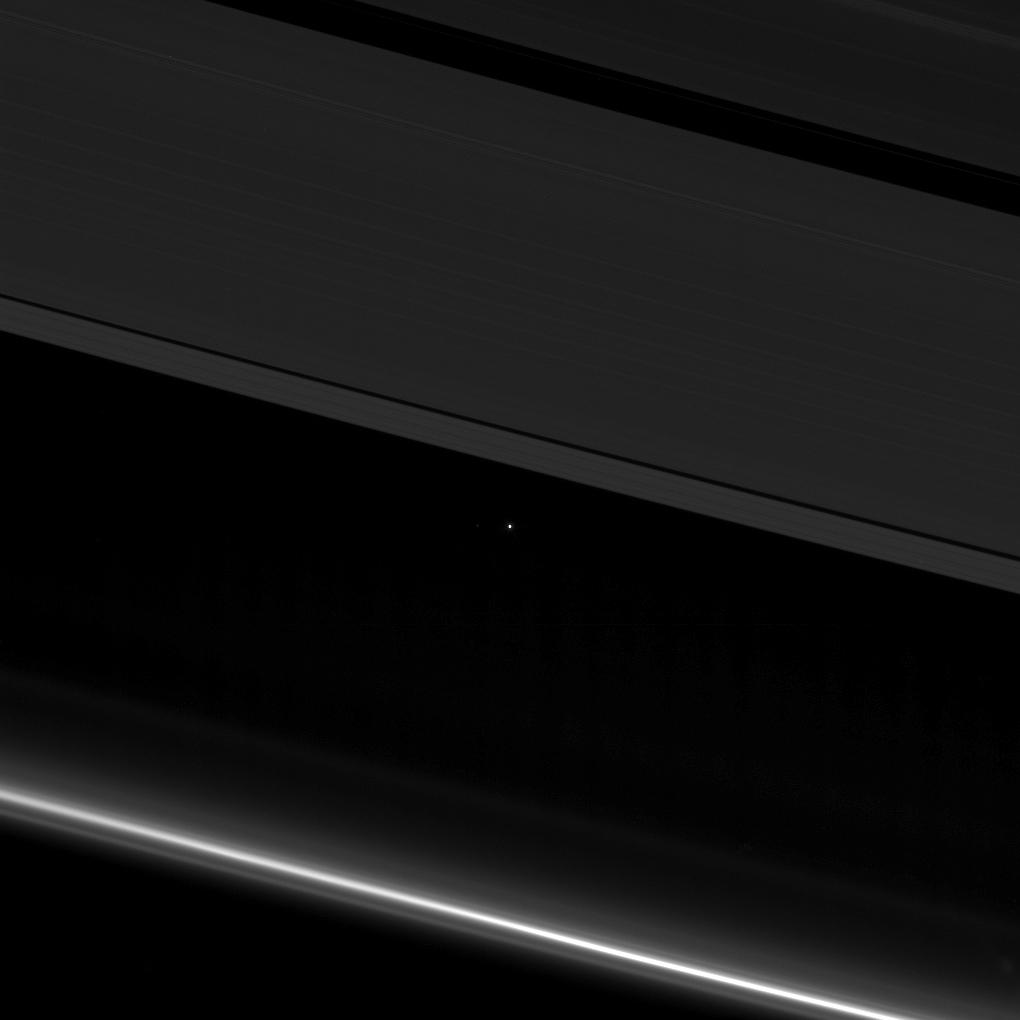 If you blink too fast, you could easily mistake the barely visible dot to Earth’s left as a piece of inconsequential space matter, but lo and behold, it’s the moon.

Incredible. Much like the view of Earth from Mars, NASA’s newest photo is extremely humbling. With the program’s ongoing space exploration ventures, we look forward to having all of the galactic views of Earth mapped out in the near future.

But for now, we’ll continue to bask in the beauty of the Cassini’s Saturn photo, which is not only one of the spacecraft’s most thrilling, but also one of its last. As NASA previously reported, Cassini is set to bring its 20-year mission to an end when it plummets into Saturn’s atmosphere in September.