Whether it’s Cabaret, All That Jazz, Fame, or the experimental modern dance troupe in your local theater, dance is enthralling. From body image issues, to competitive jealousy, to the realization that your dream is not what you’ve envisioned over the years, dance is an inexhaustible source of entertainment.

The movie industry has repeatedly tried to capture the beauty and drama of the dance world with various results. In my opinion, only one film has made it work so far.

A Chorus Line, which came out in 1985, is the film adaptation of the 1975 Broadway production. It’s hard to engage an audience outside the theater, but director Richard Attenborough makes it work. The underlying message in the film is one of willpower: it’s the ultimate backstage musical, highlighting the conflict, stress, and inevitable pressure of competition for the handful of jobs on Broadway. Yet, there’s also a sliver of hope embedded in the body of the film. A Chorus Line shows that it is possible to achieve your goals with the right amount of resilience.

The story centers around a diverse group of dancers auditioning for a new Broadway production, and trying to catch their break, and the interest of choreographer Zach (Michael Douglas).

Besides the slick dance moves, what sets this film apart? It’s message; which has certainly helped me in times of need.

The world is cutthroat. Be prepared.

The dance world is tough. Becoming a dancer means that you have to invest years of work in yourself and your talent. You then have to muster the confidence to go to audition after audition where you’re rejected most of the time with a quick “thank you.”

One of the moments that stands out in the film is when Zach finally decides which dancers he wants for his production. The eight who are left on the stage are on cloud nine, but it comes crashing down when they find out Zach actually chose the eight who already left the stage. A Chorus Line shows that it takes the utmost amount of strength to handle rejection and find the joy in your passion time and time again.

Dreaming is important, but action is even more important.

It can be appealing to get lost in your dreams and some people never take the next step of grounding their dreams in reality. During the auditions, the dancers have to step forward one by one to the edge of the stage, blinded by the spotlight, and answer Zach’s questions about their background — their hometown, what their lives have been like, what their dreams are, their aspirations.

Many dancers struggle to expound upon their drive to dance, but for the characters in A Chorus Line it’s clear: Dance is their raison d’être. Getting to the edge of that stage took a lot more than just a dream, it took incredibly hard work. 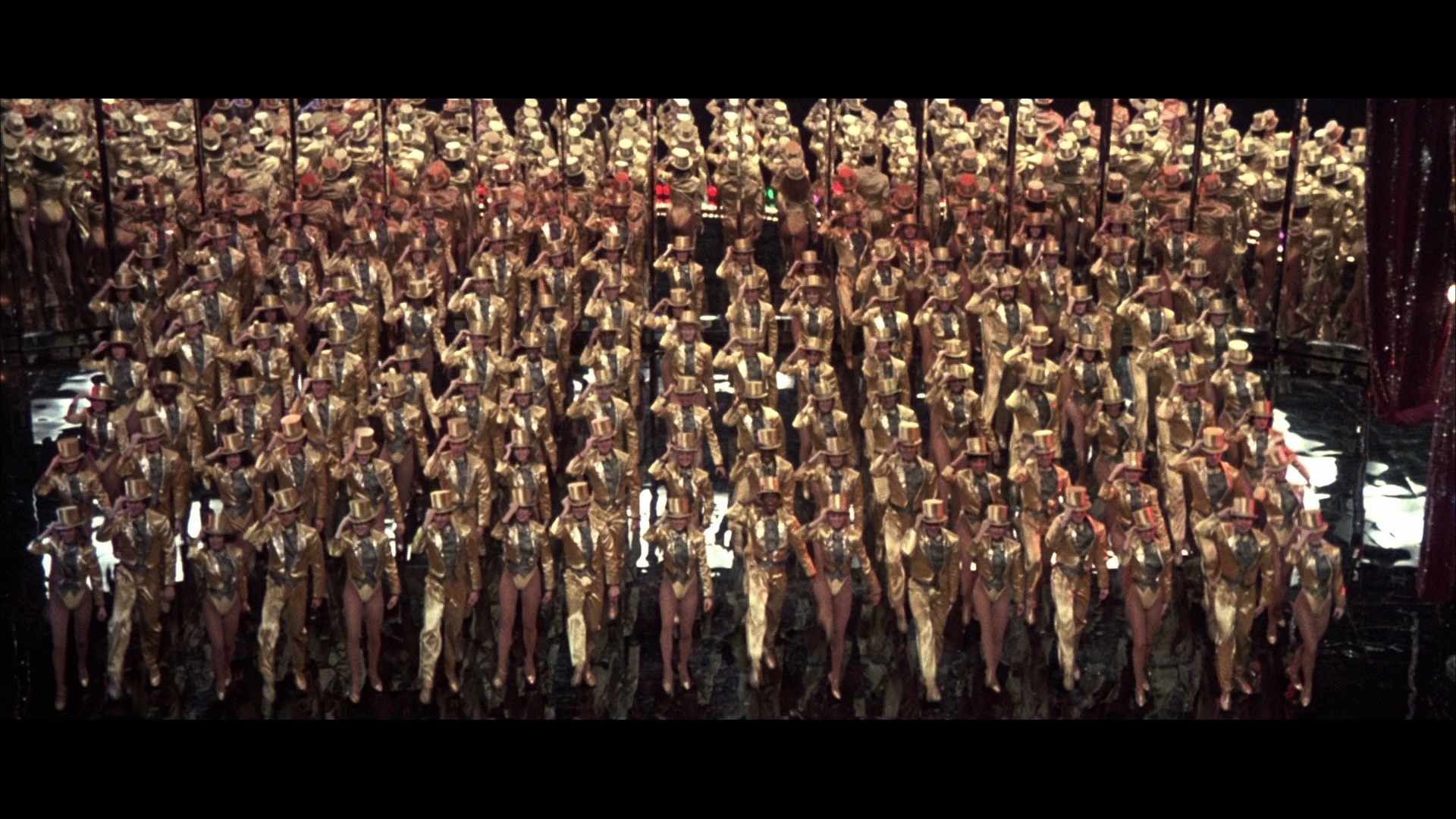 No matter what’s happening in their minds or off stage, the dancers know that they have to give it their all at showtime. Particularly during the ensemble numbers (where they pirouette in sync) focus is key. Sometimes you need to shut out your problems to get the job done, and done well.

Give what you care about your all.

The film is filled with energizing songs and solo numbers. The boisterous Mike shines during his solo “I Can Do That!“. Aspiring Rockette Val really sells “Dance: Ten; Looks: Three.” The gold-emblazoned final dance number “One,” with eight kick lines consisting of 17 dancers, is immensely satisfying. And what’s clear in each one of these numbers? Giving your all is the way to make it work.

You can’t always get what you want, but you can get pretty far with the right drive.

We all know that life isn’t fair and that you don’t always get what you want. But finding the inner strength to keep going after you don’t get a role, or signing up for another dance class, or auditioning for another show, is what it’s all about. We must all define success for ourselves but one thing is for sure, resilience is key.