8 reasons to love your big nose

Not to brag, but I’ve been told I have a big nose. It took years for me to learn to love it. I was about 9 years old when my nose started to grow from its doll-like form into the large facial outcrop it is now. Right about the same time, the mockery began. A boy named Danny called me Pinocchio for a whole summer. Add that to all the mean-ass kids on the playground who called out honker, schnoz, horse, beak, snout, Gonzo, Ringo, or pelican as I passed and I was soon aware that I wore an acute abnormality in the middle of my face.

For the majority of my preteen and teen years, I felt overshadowed by my nose. It’s long and has a bump near the top, a rather bony one that protrudes awkwardly off to one side. When I was younger, I thought my nose stuck out from my face like a flashing sign reading, “I’m not quite pretty enough!” If I liked a guy, I tried awkwardly to turn so that he could not see my profile. I spent hours in the mirror manipulating the shape of my nose to look more “normal.”

I didn’t stop hating on my nose until I went to college and began the slow, uphill battle toward self-acceptance. Eventually I realized I had a warped self-image; when I looked in the mirror, I focused regretfully at the crazy nose gifted me, but when others looked at me, they saw the whole package—my brown eyes, my big smile, my wild hair. More than that, they saw my confidence, my passion, my intelligence. Basically, I realized that it was all in my head. I thought my nose was ruining the whole package that is me when in fact, it served to enhance it.

In the affluent New York suburb where I spent my formative years, lots of girls got nose jobs. It was not uncommon for Jessica or Jennifer to leave in June with a long, curved nose and return from summer vacation with a small, straight one. They chose, with their parents’ blessing, to slim down their olfactory organ to appear more conventional. The pressure to have a petite nose stems from the same place as the pressure to be thin—a narrow ideal of beauty.

We all know how the media and fashion worlds fail to represent a variety of body types. Well, the same can be said for noses. Our society seems to consider the most attractive nose as perky, small and upwardly sloped. Most models and actresses have noses that are some variation of that, and if they don’t, they’ll get them thinned, decreased or straightened.

Everyone has the right to alter their appearance if it makes them feel better about themselves; I advocate for personal choice. But I also advocate for big noses. Noses don’t have to be quiet and only play a supporting role to other facial features. Noses are the first thing you put forth and often the first thing people notice. A big nose is regal, sexy, elegant, striking, strong, memorable, arresting, and unique. Here are eight reasons to love your big nose.

“Big” is such a vague word to describe something as diverse as a nose. I prefer more descriptive terms when talking about prominent noses, such as long, classic, wide, aquiline, thin, pointed, curved, Roman, broad, bulbous, hawk, you get the point. I would rather be described as having a fleshy hawk nose than a big nose, but that’s just me. At least it sounds more interesting, which is the point. Conventionally pretty is overrated. Anyone can be pretty with enough engineering. Interesting is more than just dyeing your hair pink or getting a septum piercing. Interesting requires genes. An interesting beauty stands out from the crowd.

2 People with big noses are interesting. I dare to claim that not just the nose is interesting, but the whole entire person. Maybe that’s where the phrase, “It gives you character” comes from. If you have a big nose, you have probably been told this on various occasions by do-gooders who thought they were paying you a compliment. But the same can be said for Gargamel or Elmo. It doesn’t have any inherent meaning. On the other hand, growing up with a behemoth schnoz and feeling down about your looks probably forced you to develop an outstanding personality to make up for it. So they don’t give you character; they build character. I know, that’s a lot to attribute to a facial feature, and it can also be attributed to childhood taunts like snaggle tooth, freckle-face and carrot top. (Yeah, I’ve heard them all.) But, put it to test. I’ve actually never met a vapid big-nosed lady.

3 A big nose makes you all the more attractive because you pull it off.

We’re all adults here, right? We may have guffawed at the idea of inner beauty in our younger years, but with maturity, we know it to be true. Beauty is about the way you feel about yourself, which is reflected in the way you carry yourself. Looks will always take second to a great personality. With confidence, I could make a third-degree burn look good. It’s easy for someone who fits into a standard ideal of beauty to feel attractive, but when you don’t fit the mold, you really have to work it. If you feel beautiful with your big nose, others will believe you’re knock-out gorgeous. Having a big nose gives me the opportunity to embrace my uniqueness, like a tropical fish or a white tiger.

We don’t have to look far outside America to find a wider perspective of beauty. Women across Europe, India, Africa and the Middle East proudly flaunt spectacular, non-small noses. In many cultures, big noses are a sign of wisdom or prosperity and people would never even consider altering them. In Japan, if someone tells you that you have a big nose, they are paying you a compliment.

I have never considered getting a nose job. I can thank my mom for that. I have her nose. And, my mom, though she may not realize it, is beautiful. Growing up, I wanted to be like her. My father and his mother also have handsome honkers. My grandmother’s nose curved at the end like an exotic bird. When she smiled, her whole face lit up and the tip of her nose curved over her lip. Her beauty was radiant. My nose reflects my ethnicity (Italian/Jewish) and is inherited from my ancestors. To change it would be to disrespect who I am and how I came to be. 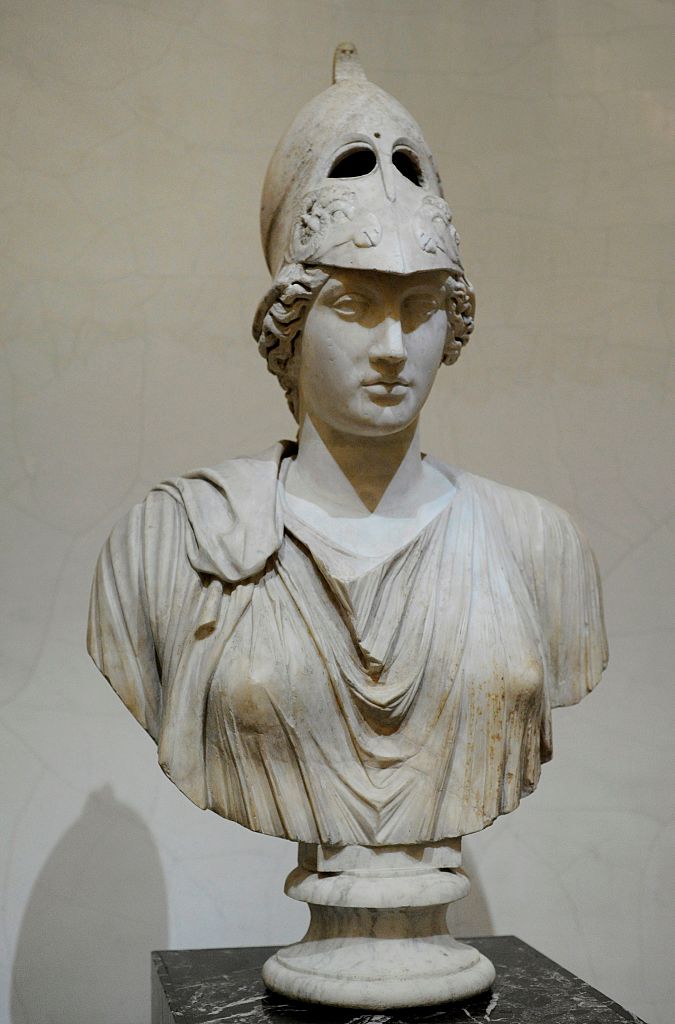 Historically, small noses weren’t always all the hype. Just look at art. In ancient Rome, the long sculpted nose was most revered. Check out the Greek sculpture of the goddess Athena. Even goddesses were glorified with large distinct noses. During the Renaissance in Europe, a face lacked interest if the nose wasn’t prominent.

Have you ever been insecure about your nose?

This article originally appeared on xoJane by Johanna Debiase.