7 ridiculous claims corsets once made

1. That they “strengthened organs” and cured “weak backs.”This 1890 ad for Harness’ Magnetic Corsets promised to make the wearer healthier on the inside and out. How an organ can become “strengthened” is beyond us. 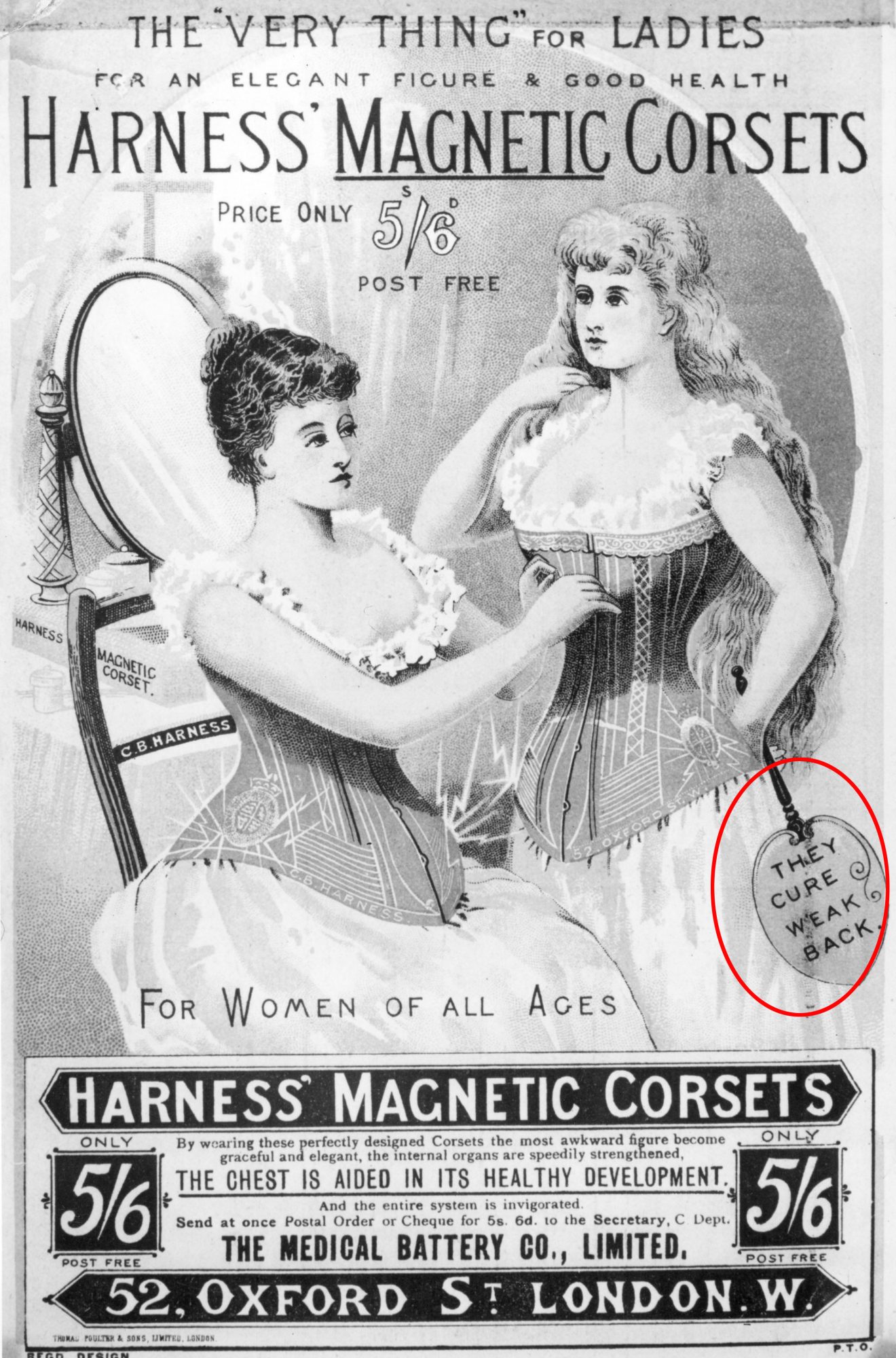 And let’s take a closer look at these claims:

2. They helped “large” girls and women “overcome objectionable abdominal development.” In this 1892 advertisement for the Flynt Waist, we learn that device is supposed to prevent weight gain and added bonus (!), facilitates “perfect respiration.” Hahahah. Okay. 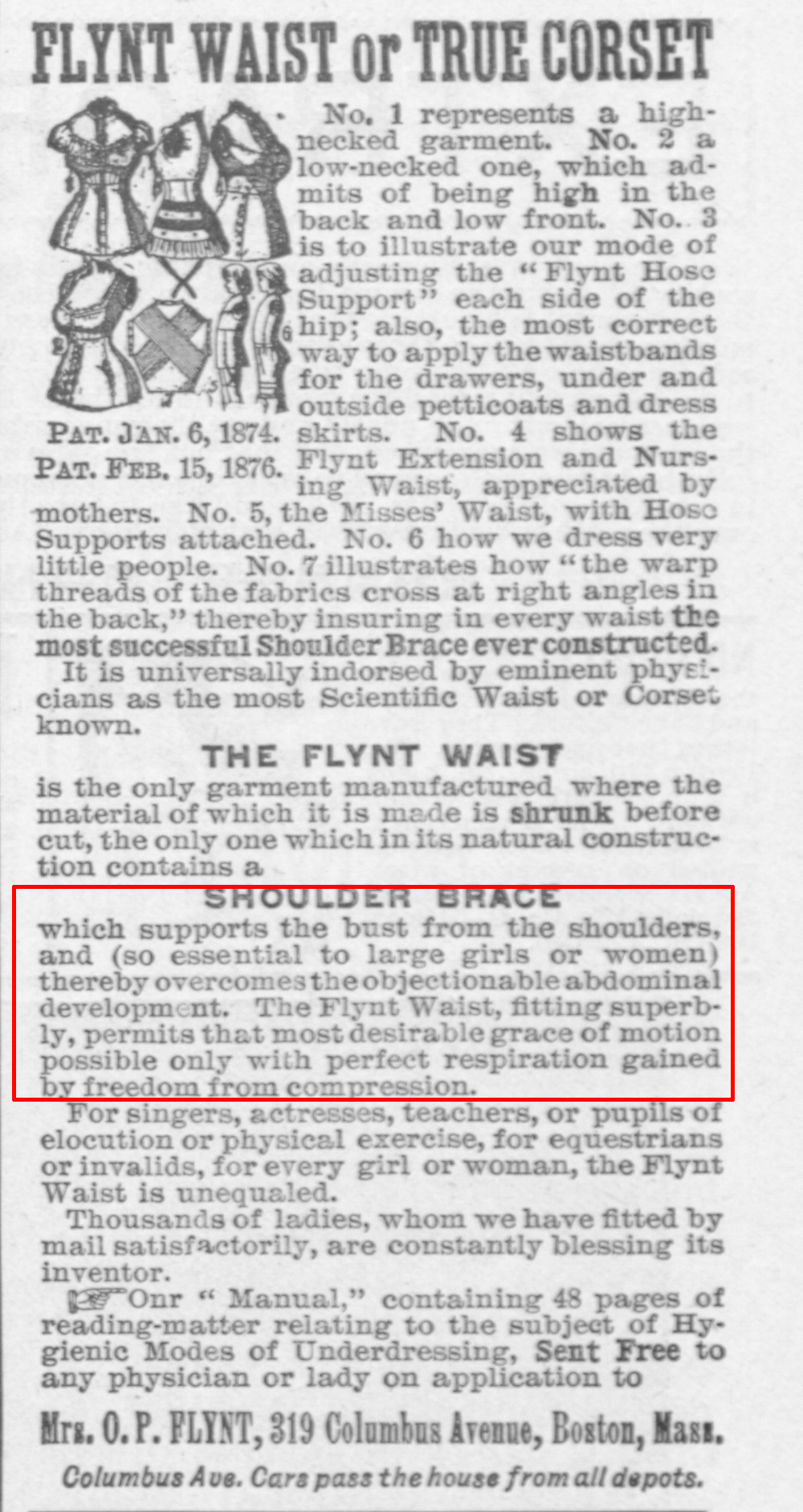 3. That corsets were great for…golfing? Don’t even know what to think about this. 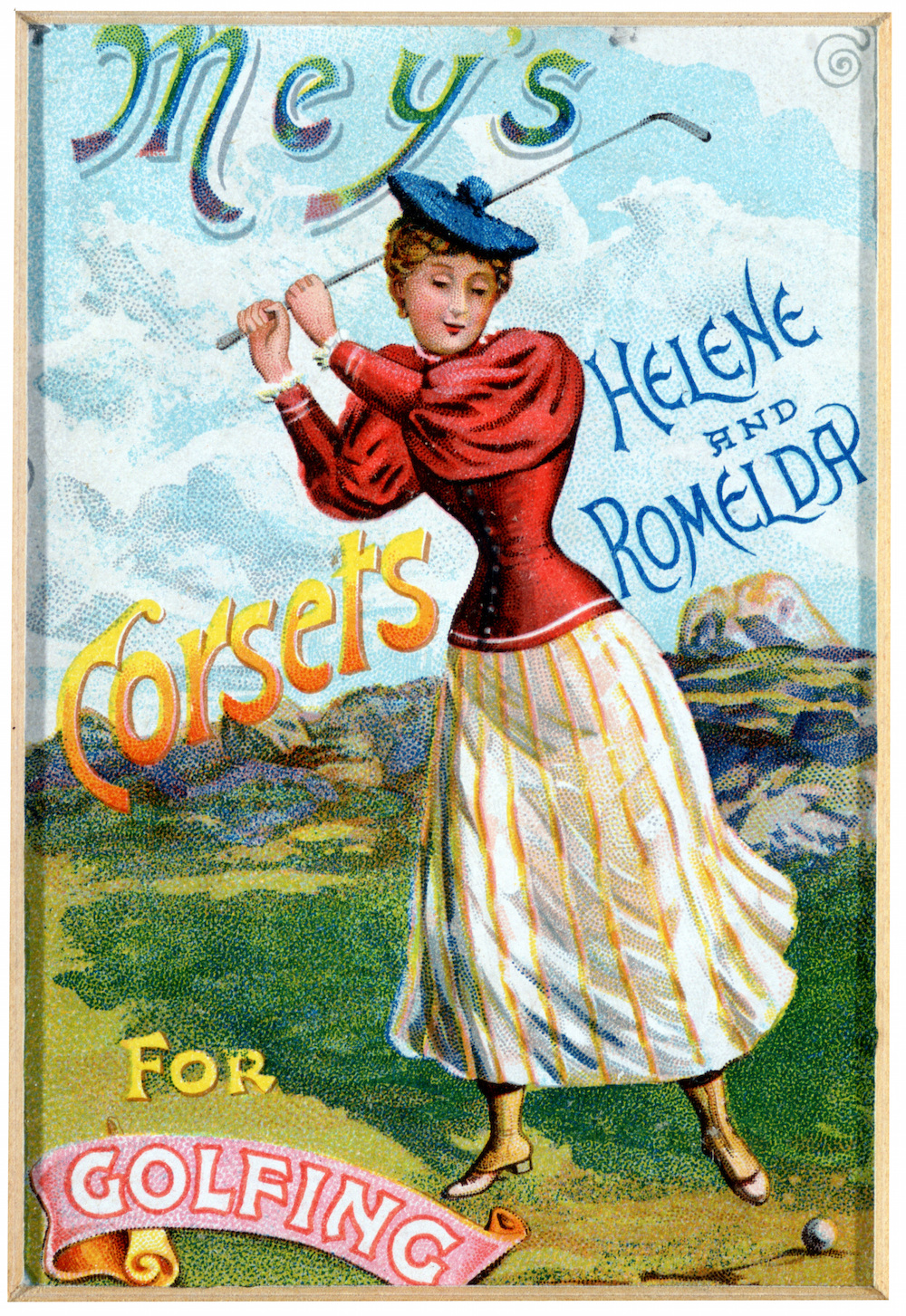 4. That they were good for children. Wee, little children. The worst thing about this ad is the blatant guilt-tripping: “Your child must be kept healthy or she cannot be beautiful. Sensible mothers buy Good Sense corset waists.” 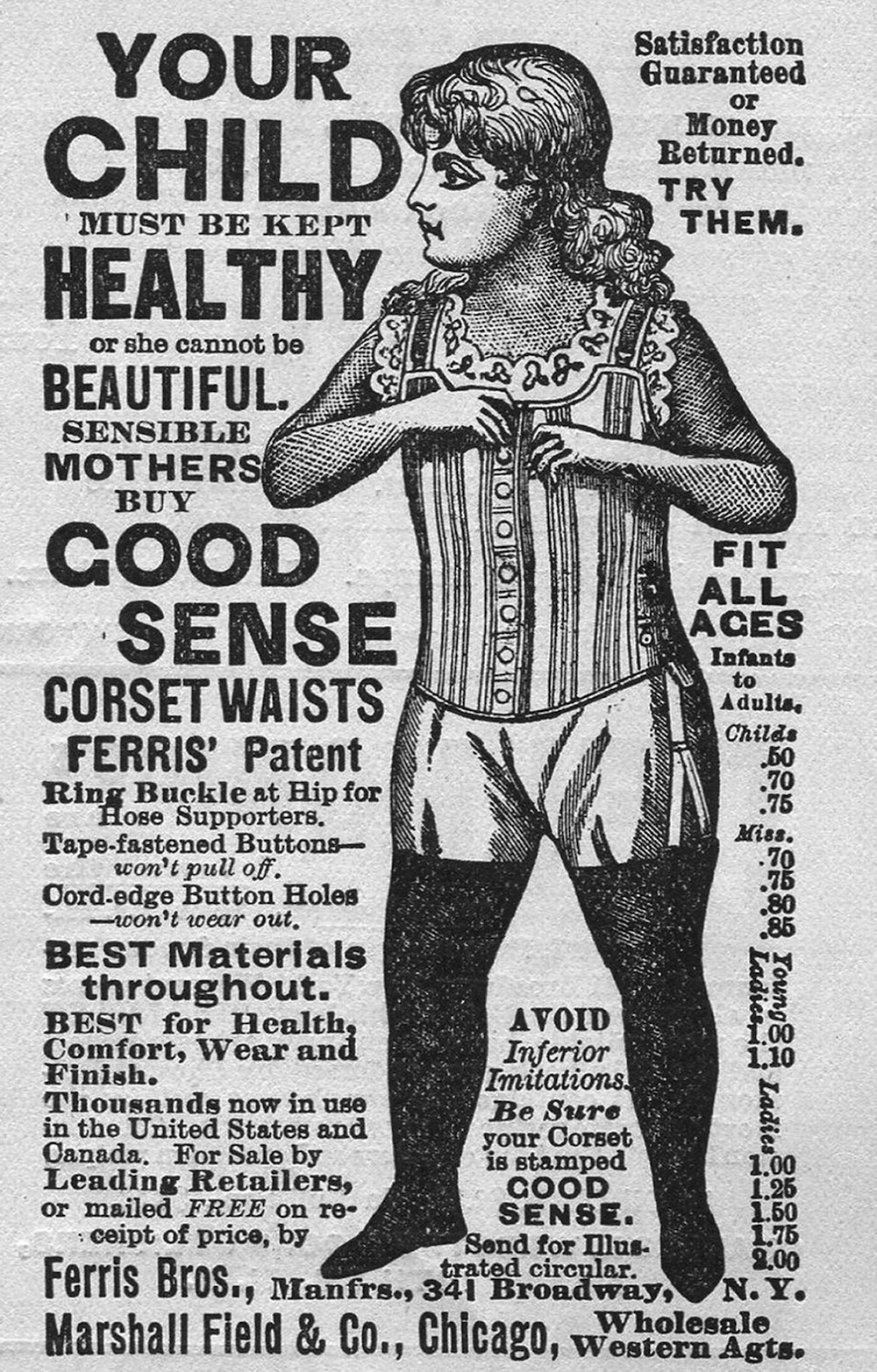 5. That they could cure mental issues. These “electronic belts”  and “electronic corsets” promised to cure hysteria in women — “delicate women” — and also offered help for “weak men.” 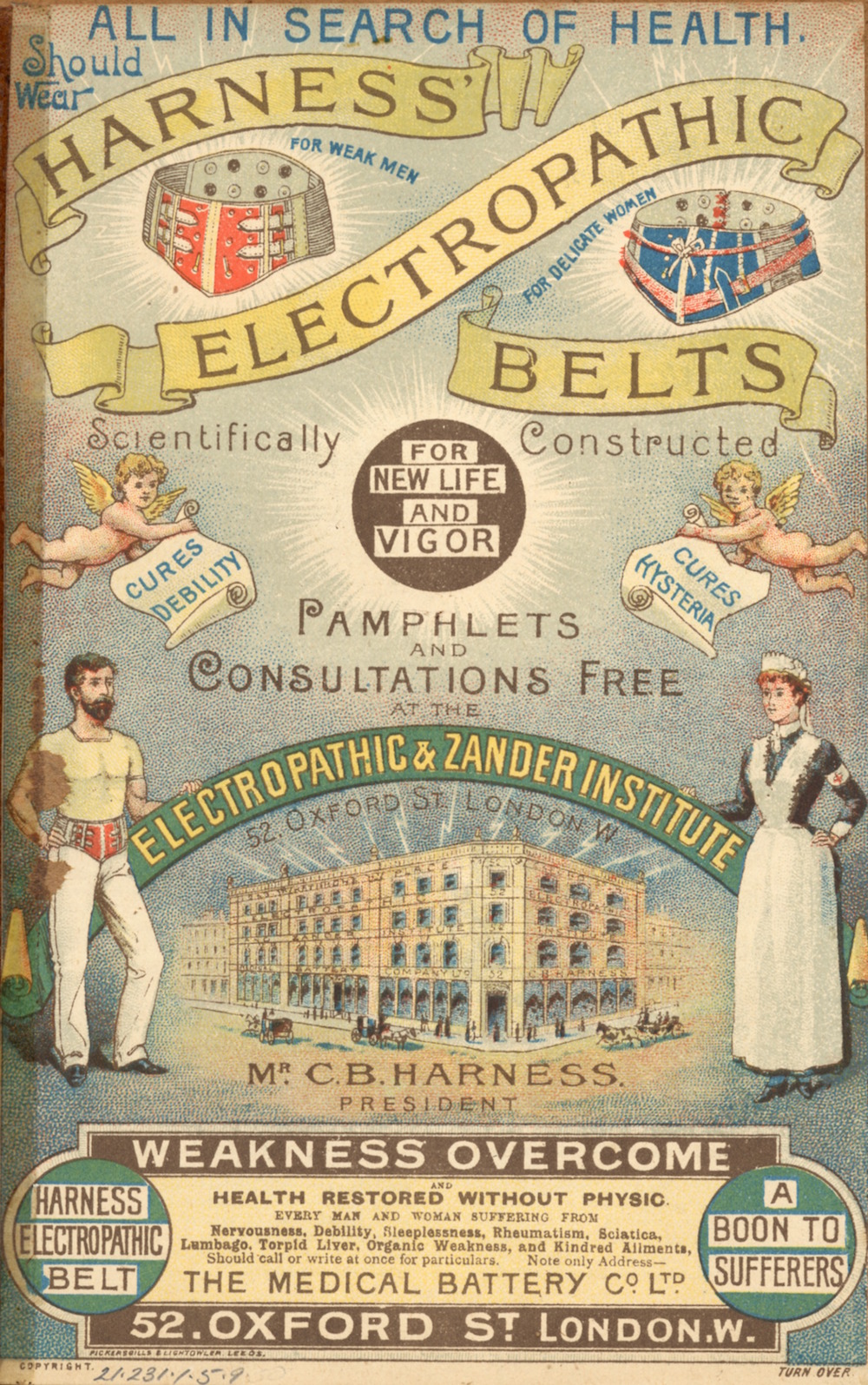 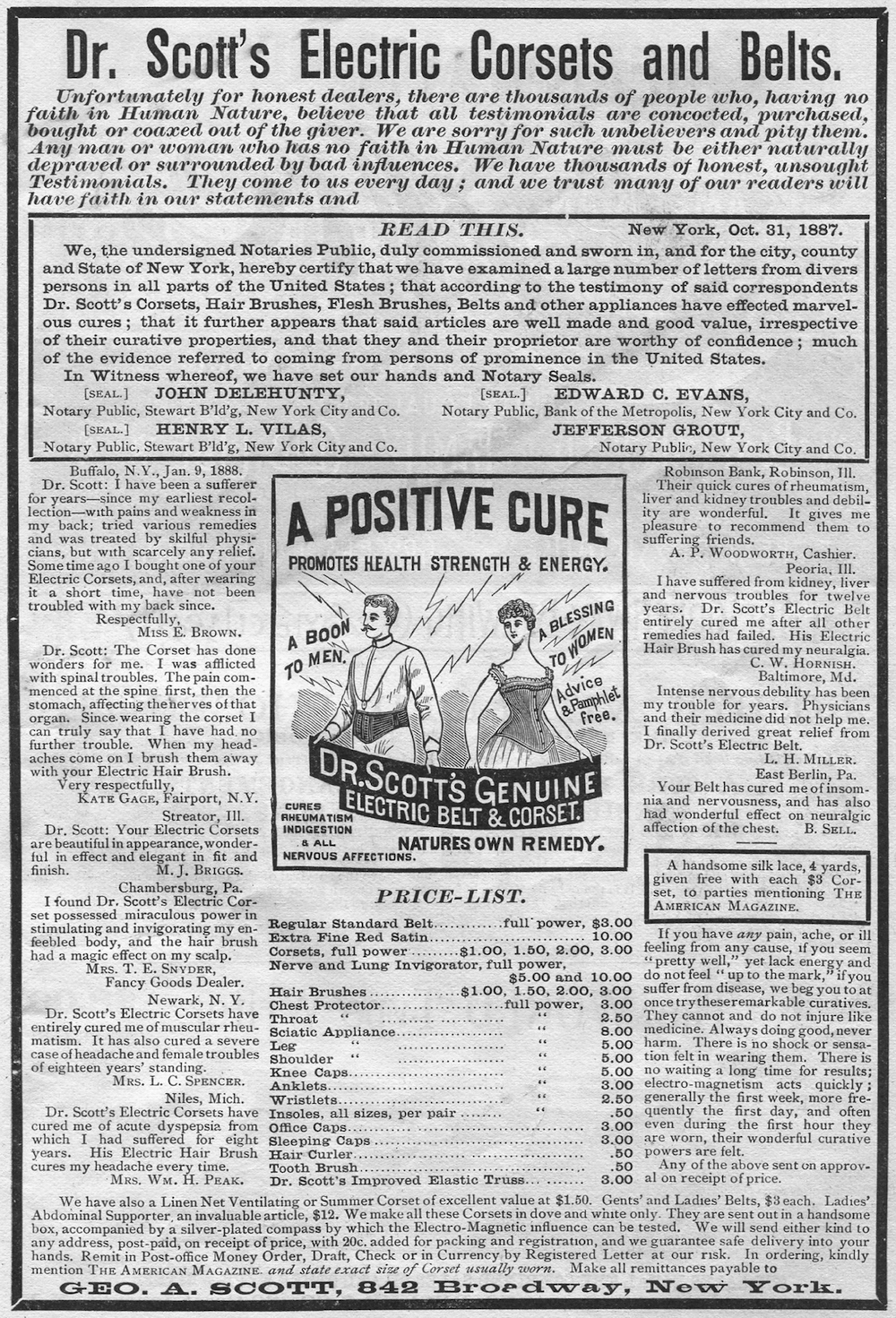 6. That nursing was no problem in a corset. Then came along this new model of corset which was apparently GREAT for nursing mothers. Because it was so comfortable. 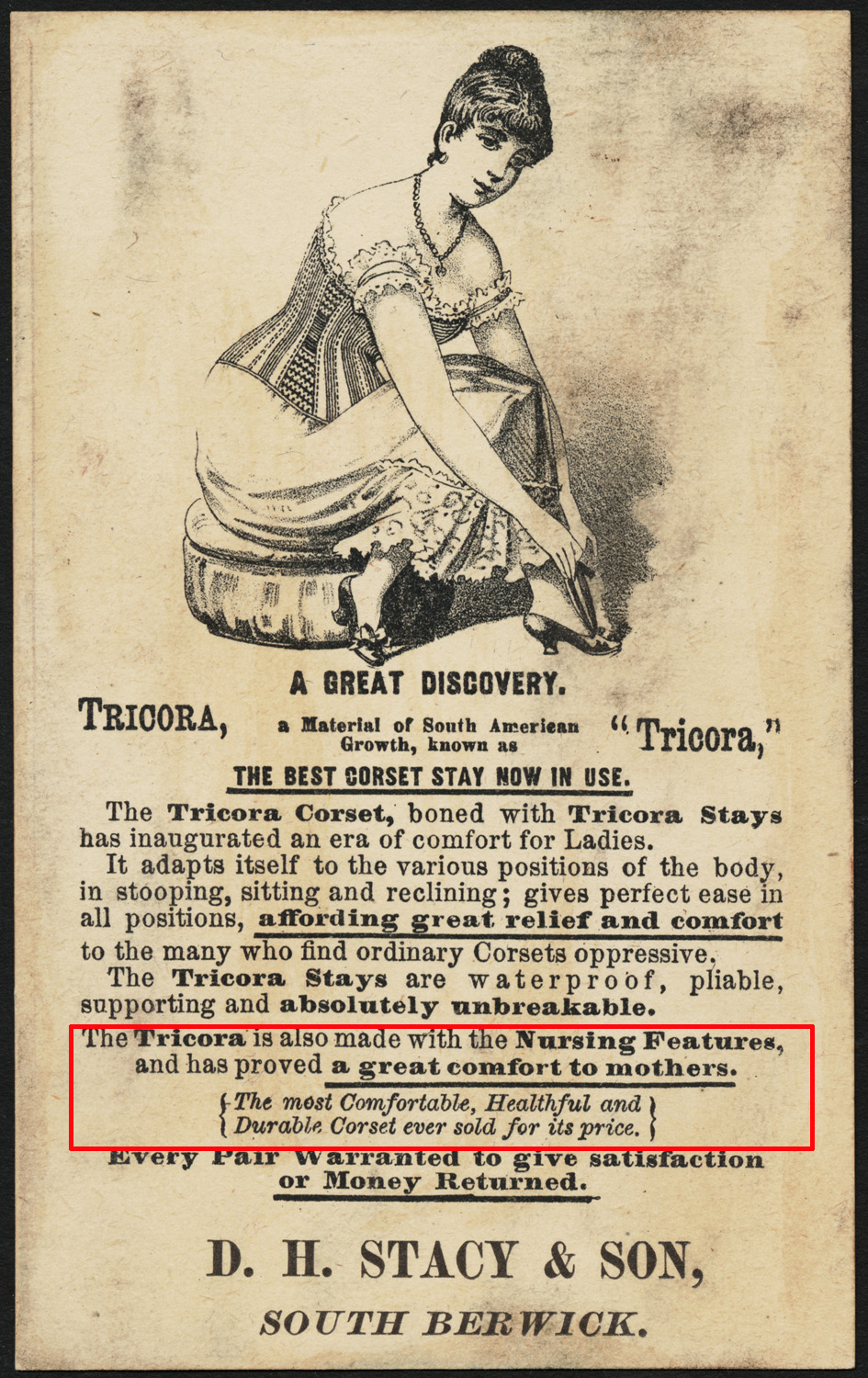 7. And finally there was a corset that promised the wearer wouldn’t even know she was wearing one. Which, sure.