This 41-year-old gymnast is giving us #LIFEGOALS

You may not have heard of Uzbek gymnast Oksana Chusovitina, but that’s about to change, because this 41-year-old athlete is currently competing in her 7th Olympic games. That’s right, SEVEN! YAS QUEEN!

Chusovitina’s age is even more impressive when you consider that she’s mostly competing against women more than half her age, like 19-year-old Simone Biles. Meaning Chusovitina was competing in her first Olympics five years before many of her current competitors were even born.

To put this into an even more jaw-dropping, fist-pumping perspective, the U.S. women’s gymnastics team often jokes that Aly Raisman is the “grandma” of the team at a whopping 22-years-old.

Chusovitina had announced she was retiring from gymnastics after the London Olympics in 2012, but ultimately said, “The next day I woke up, and I was lying down in my bed and thinking, ‘I didn’t accomplish everything I wanted to accomplish and I still feel I can do a little bit more.’ And that’s why I started training for my next Olympics. Because I still feel I can do more.” 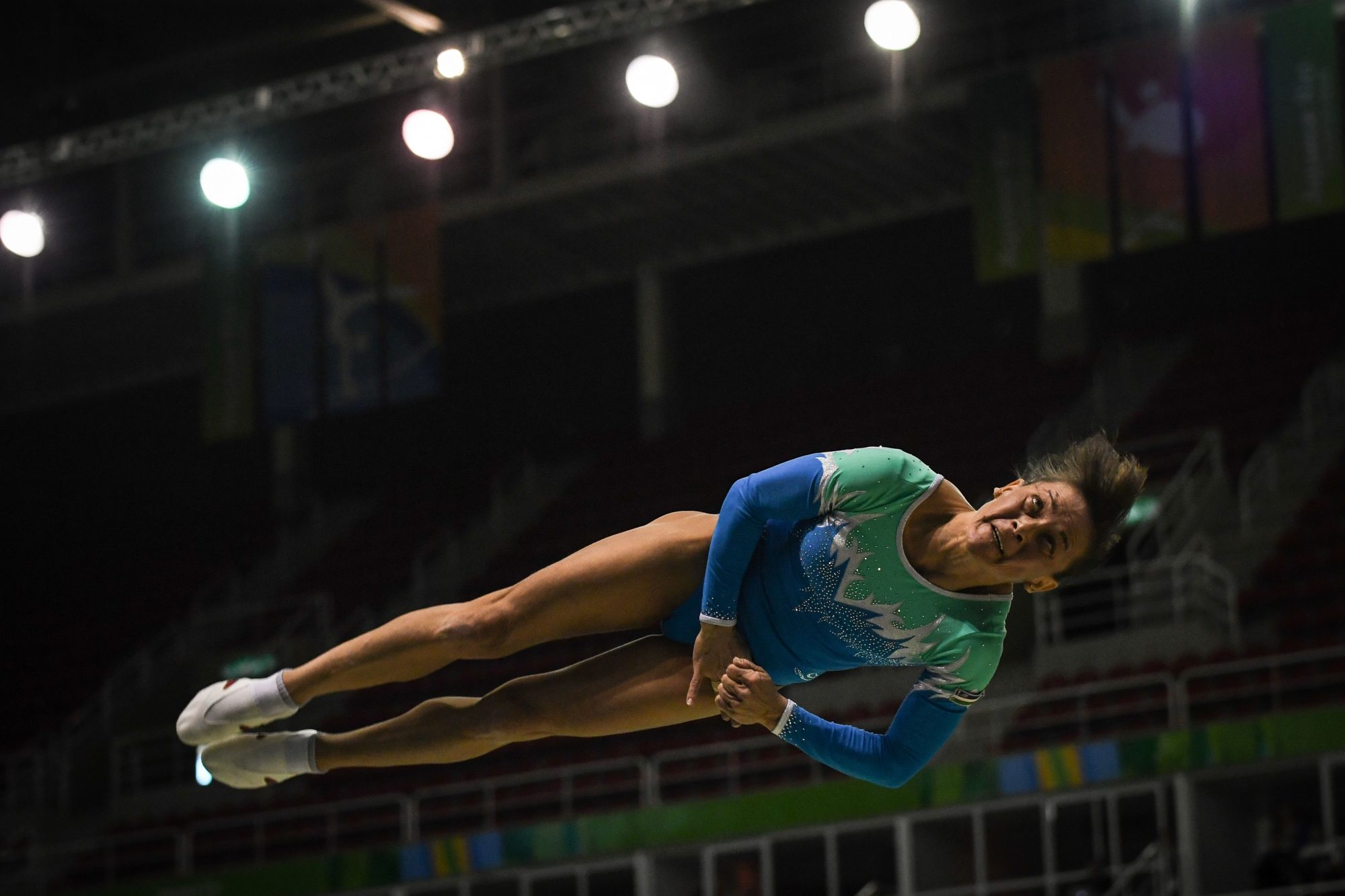 And as if this all wasn’t unbelievably inspiring enough, Chusovitina has also overcome some pretty harrowing personal struggles. Her son, Alisher, born in 1999, was diagnosed with acute lymphocytic leukemia in 2002, leading Chusovitina and her husband to move to Germany in search of the best care possible.

Alisher is now cancer-free, and Chusovitina chose to compete for Germany in the 2006 Olympics to thank the country for all it had done for her family.

Oh, and did we mention that Chusovitina is both a gold and silver medal winner? #freakinginspired