October 11 is International Day of the Girl — an incredibly important day focused on advocacy for and empowerment of young women. Today, we honor some of the young activists who are the ultimate embodiment of girl power.

Amariyanna “Mari” Copeny got the title of Little Miss Flint when she wrote a letter to President Obama, detailing the organizing work she does in her community to combat the horrific water crisis — and Obama came to Flint to meet with her.

In 2014, the water supply in Flint, Michigan was contaminated by lead. When residents of Flint — most of whom are black — began complaining about the dangerous water, the government ignored them for months. The ceaseless work of community organizers — including 9-year-old Mari — publicized the massive public health crisis and led Obama to declare a state of emergency

Mari refuses to let her voice go unheard in the face of government corruption. She fights to keep herself and her community healthy. She never gives up an opportunity to remind the world that Flint is still in crisis. Remember when that photo of her and Donald Trump went viral?

You probably recognize 16-year-old Jazz Jennings — she is one of the most visible transgender teen girls in the country. Jazz has her own TLC reality TV show, I Am Jazz, an active YouTube channel where she provides support and advice for other trans teens, and a published memoir, Being Jazz: My Life As A (Transgender) Teen. She is also the first trans spokesperson for Clean & Clear.

Jazz first became visible as a trans youth in 2007 at the age of 7, during a 20/20 special on transgender children. Since then, Jazz has been dedicated to helping other trans teenagers navigate a hostile world during their difficult and confusing adolescences. 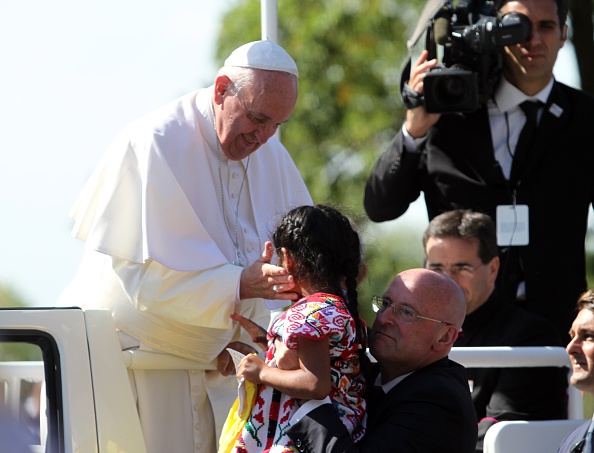 Sophie Cruz is a 6-year-old powerhouse fighting for immigration reform and deportation relief. Sophie is a U.S. citizen, but her parents are undocumented immigrants from Mexico. The first grader is proud of her amazing mother and father, and takes pride in her identity as the daughter of immigrants — leading to her advocacy for Deferred Action for Parents of Americans (DAPA) and Deferred Action for Childhood Arrivals (DACA).

Sophie first became nationally known in the movement in August 2015. When the Pope visited Washington D.C., she maneuvered her way through the police barricade and gave Pope Francis a handwritten letter, asking him to protect her parents from deportation.

Since then, the young activist has been praised by iconic civil rights leader, Dolores Huerta, and she continues to speak at rallies in front of thousands of people. As Sophie stated in front of the Supreme Court:

You knew Malala was gonna get a spot on this list. How could she not? Malala is the youngest Nobel Peace Prize winner in history, thanks to her courageous and unbreakable crusade to ensure that every girl around the world has the right to education.

Malala, born in Pakistan, was deeply passionate about education as a young girl. When the Taliban began having a greater influence in the region, it became dangerous for girls to go to school — but Malala refused to give up her right to be educated. In 2009, when Malala was 12 years old, she began writing blogs for the BBC, detailing her experiences as a young female student. She became a public figure for gender equality and perseverance, and the Taliban felt threatened.

One day in 2012, 15-year-old Malala rode the bus home from school. A Taliban member got on board and attempted to assassinate Malala, shooting the teenager in the head.

The impossibly strong-willed activist survived and moved to the U.K., becoming even more devoted to her activism once she recovered. In addition to winning the Nobel Peace Prize, Malala is an author, speaker, and founder of the Malala Fund — which works to ensure girls’ access to education, especially in the global south.