One of the things we tend to never really talk about when it comes to safe sex is how well female condoms can actually work. Usually, they’re listed as an afterthought when we’re going through contraception methods as if they’re a thing you’re never going to use anyway, but the truth is, aside from the male condom, female condoms are the only thing that effectively protects against unwanted pregnancies and sexually transmitted infections. They exist, they work, and if you knew more things about the female condom, you might even be inclined to try one sometime.

You won’t see female condoms on the shelves at your local drugstore anymore, though they used to be stocked right next to the male condoms. You can buy them online at the FC2 website, some sex shops, or get them at health clinics like Planned Parenthood. Your doctor can write you a prescription for them, too, to get a drugstore, but that’s more about getting your insurance company to cover the cost than about its availability, which is definitely ridiculous.

In 2017, Veru Health, the company that makes the FC2 condom, the only one approved by the Food and Drug Administration in the U.S., decided that it would make female condoms available only by prescription, since sales were so low anyway and many drugstores just didn’t carry them. You can buy them direct from the website, where they give you a prescription via a “virtual visit.” Advocates are trying to get the company to reverse that position, since forcing someone to talk to a clinician or go online to get the “all clear” to try one out might discourage people from doing so. And really, the more you know about female condoms, the more you might actually want to give one a go with your partner. It’s worth a shot, anyway.

Here’s what you need to know.

1They have a bad reputation for no reason at all. 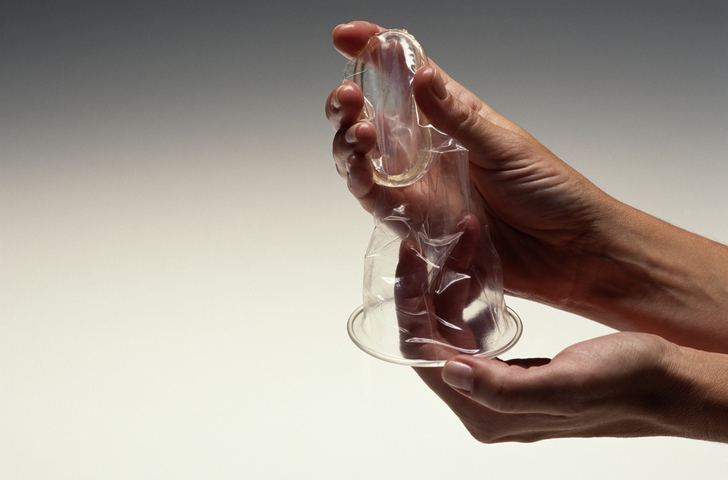 The female condom was invented by Lasse Hessel, a Danish doctor, back in 1985 in order to fight the HIV/AIDS crisis. While male condoms are great, it’s good for women to have the option of taking charge when it comes to safe sex. The first iteration of the female condom, the FC1, didn’t test well with women. There were reports that it was uncomfortable, made a weird noise, or would fall out. The FC2 is reportedly a little smaller, more comfortable, and doesn’t make fart noises when you use it. But when both of the female condoms came out, people balked at the idea and made jokes about it. Because we live in a male-dominated society and humans tend to like what they know, a female condom seemed so silly since we already have a male version. But really, they’re pretty much the same thing.

With more education and wider availability, women might actually use them. According to Vox, when tampons first came out, they suffered the same fate. Sticking something up your vagina?! What if it gets lost? (Nothing can get lost in your vagina, by the way.) Good marketing campaigns and education about tampon safety in the middle of the century made them more popular. Giving women the facts and doing away with some of the stigma could increase its popularity.

2There are a lot of perks with a female condom. 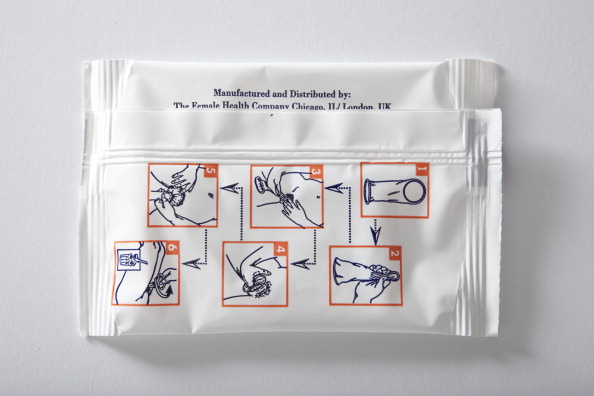 Barrier methods aren’t for everyone, nor is inserting something into your vagina for sex. We get it. But there are a lot of good things about the female condom that make it, at the very least, better than the male condom. For one, they are 79 percent effective against pregnancy and STIs (male condoms come in around 82 percent effective). They’re also made from a nitrile sheath and two polyurethane rings, which is a stiffer plastic than latex. This is important for women and men who end up not using condoms because of an allergic reaction to latex.

These condoms can stay ~there~ for up to eight hours, so if you were so inclined, you could insert it into your vagina before a date, so there’s none of that awkward fumbling around before penetration. It’s also lubricated on both sides with a silicone lubricant and because of its natural materials, warms to body temperature which can increase sensation for both partners. So there goes the old argument about not using a condom because it doesn’t “feel as good.” A review of female condom use in South Africa found that both men and women prefer it over the male condom.

The one downside is that they are reportedly more expensive to make and cost more than male condoms. They used to be about $2 a piece, but now a pack of three will run you $20, which is messed up. If you have insurance and can get a prescription, the cost is covered. If you don’t, you’d have to get some at a health clinic or direct from the manufacturer’s website, which is really prohibitive. Especially since the female condom might be an ideal method of contraception for women who don’t want to use a hormonal birth control, are allergic to latex, or simply like the idea of being in control of the barrier.

3Women all over the world use them. 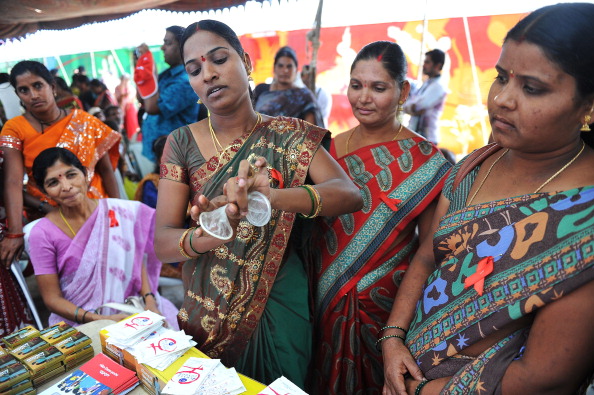 While American women haven’t really been offered the female condom as a viable option for safe sex, women all over the world have been empowered to use them. In Zimbabwe, for example, aggressive marketing and education campaigns have led to increased use of the female condom and lower HIV infection rates. In other developing countries, these kinds of campaigns enable women to take control of their reproductive and sexual health, even within marriage. There’s also research that shows introducing female condoms into sex ed campaigns targeted at sex workers all over the world decreases the risk of unprotected sex.

So just because they’re not super easy to get a hold of in the U.S., we shouldn’t just write them off as some joke form of protection. The female condom is a necessary tool to fight against STIs and unwanted pregnancies all over the world. They’re safe, they’re effective, and they put women in control. What’s not to like?