23 serious questions we still have for “Stranger Things”

**Spoilers from the Upside Down below**

If you’re as obsessed with Stranger Things as we are, then you’ll have finished watching this amazing series in about eight seconds. Okay, fine, more like eight hours-ish.

But while our heads are still reeling from all the “OMG!” moments and reveals on the show, it also left us with TONS of questions…

2. Where did Eleven even go, is she in the Upside Down now?

3. Is the Demogorgon ~really~ dead or is he just chillin’ in the Upside Down?

4. Is Hopper working with ~whoever~ was behind the experiments going on at Hawkins Laboratory?

5. Did Chief Hopper leave those Eggos out for Eleven because he KNOWS she’s alive – if so, how does he know?

6. How did Hopper and Joyce get back SO FAST from the Upside Down?

7. Was Hopper’s daughter LOOKING at something in that flashback?

8. Now that Eleven is gone, who will Mike take to the “Snow Ball” (if he even goes to it at all now)?

9. Why the HECK did Nancy go back to Steve (poor Jonathan!)?

10. Why is no one sad/talking about about BARB’S DEATH?!?

11. Is Barb actually still alive? Will she re-animate as a Demogorgon?

12. What happened to all that pudding Dustin found? Did it go to WASTE?!

13. Who cleaned up all the dead bodies at the school, and did no one (outside the main characters) wonder what the heck happened?

14. Is the science teacher working with Hawkins Laboratory now or will he?

15. What exactly was that Alien-like egg thing Hopper and Joyce saw in the Upside Down – does this mean there are more Demogorgons? 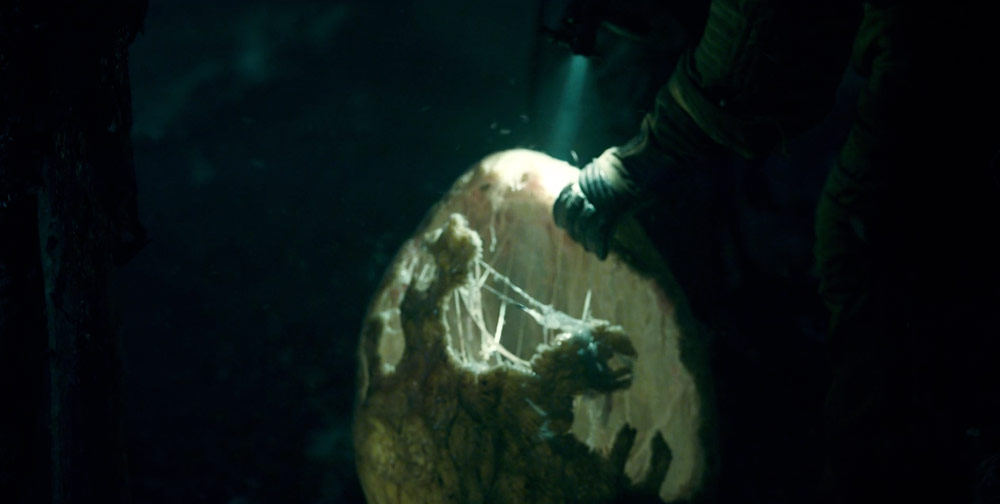 16. What was the gross slug thing Will coughed up – a baby Demagorgon?!

17. Will that baby Demagorgon slug grow inside the house pipes now?

19. Is Eleven’s mother really Terry? If not, then who is?

20. Do we really think Terry’s (Eleven’s mom) “sister” is really her sister and not someone working for the government?

21. Are those vines in the upside down a part of the Demagorgon or something else?

22. Do Nancy and Steve just hang out by themselves now since Barb and all of Steve’s jerk friends are out of the picture now?