19-year-old Aimee Rouski has always embraced her Facebook feed’s many body-positive posts, yet that hasn’t stopped her from making an important observation. As someone who lives with Crohn’s disease – a disease that causes inflammation of the digestive tract, which may lead to abdominal pain – Aimee couldn’t help but notice that people rarely post anything about disabilities and invisible illnesses.

To fill this gap in the realm of body-positivity, Aimee beautifully decided to open up about her personal journey with Crohn’s. “First off I have Crohn’s disease, it’s a serious incurable illness that nearly killed me, not just a stomach ache like most people seem to think,” the young woman wrote on Facebook. “A person with [Crohn’s disease] will go through many different treatments including surgery, and it’s the surgery I want to touch on now.” 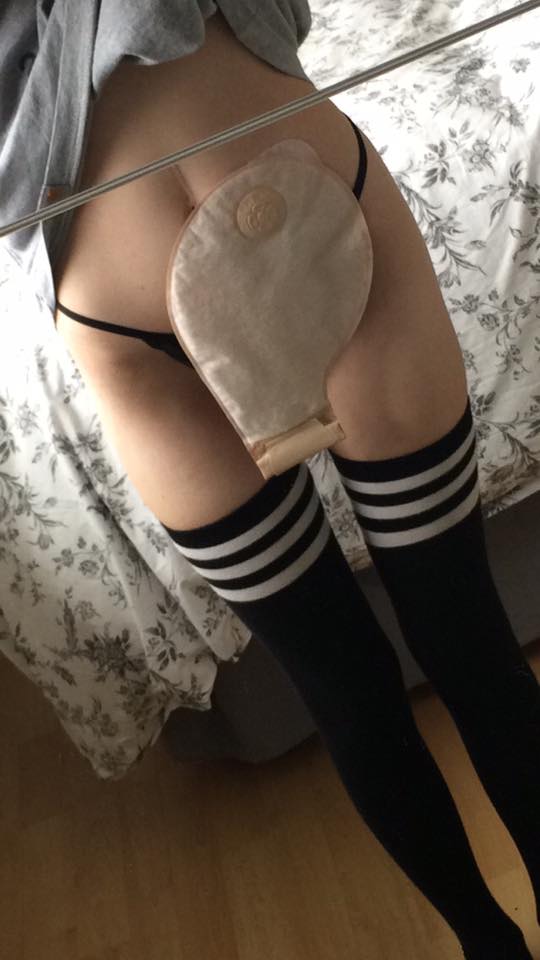 To cope with Crohn’s, Aimee has a permanent ileostomy, which helps to move waste out of the body and into a drainable bag when the rectum and/or colon aren’t working. In addition to this, Aimee also has no large intestine, colon, rectum, or anus. To cover the wounds from her procedures, plastic surgeons had to remove her inner thigh muscles as well.

Despite having dealt with all these obstacles, Aimee remains both positive and body-positive. She explained that she’s always felt at peace with all that’s happened to her, but that hasn’t stopped others from having trouble accepting these things. However, Aimee added, “No one will know unless you tell them.” 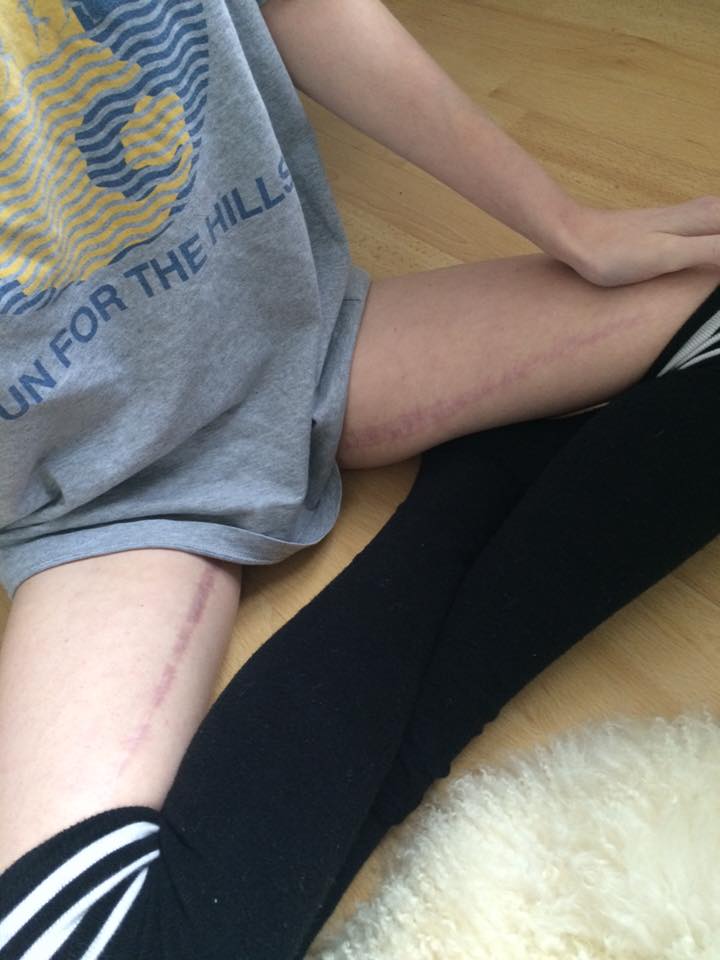 “People who know will still love you and still find you beautiful,” she continued. “Your illness is nothing to be ashamed or embarrassed about ❤️“

To illustrate her inspiring words, Aimee snapped three selfies showcasing her ileostomy bag (which collects her body’s waste), the scars on her thighs, and a full-body photo proving that no one can tell she’s dealing with an invisible illness when she has her clothes on. Together, all three images are both empowering and educational. 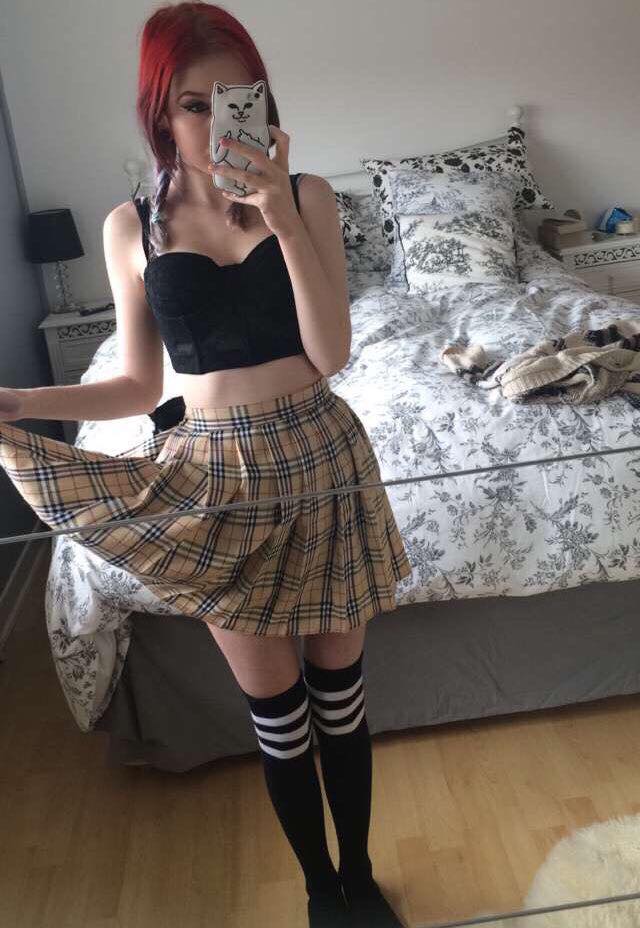 What we love most about Aimee’s post is that it highlights the diversity of body-positivity. Loving your body isn’t simply about embracing your figure or your weight – it’s about accepting all the traits that make you unique (even if they make life difficult at times). Ultimately, we hope Aimee’s post is just one of many more to come.