No surprise here, “13 Reasons Why” is absolutely *smashing* Twitter records

It’s almost been one full week since Netflix’s latest original, 13 Reasons Why, hit the streaming site, and the show doesn’t appear to be slowly down anytime soon. So many binged the series during the first weekend, and have spent the last week singing the show’s praise all across social media, especially Twitter. You’ve probably seen one, or a hundred, mentions of #13ReasonsWhy on your timeline in the past week.

There have actually been so many tweeting their love and support for the show, 13 Reasons Why is smashing Twitter records left and right — and it is so rightfully deserved. The show is GREAT. Seriously, go watch it right now, and then Tweet us when you’re done.

According to Twitter data, in the past week, the show has already reached 3.4 million Tweets (and gained 200,000 tweets in just one hour alone on a Thursday afternoon. Wondering why so many of you are at home watching, but also, that’s totally fine). 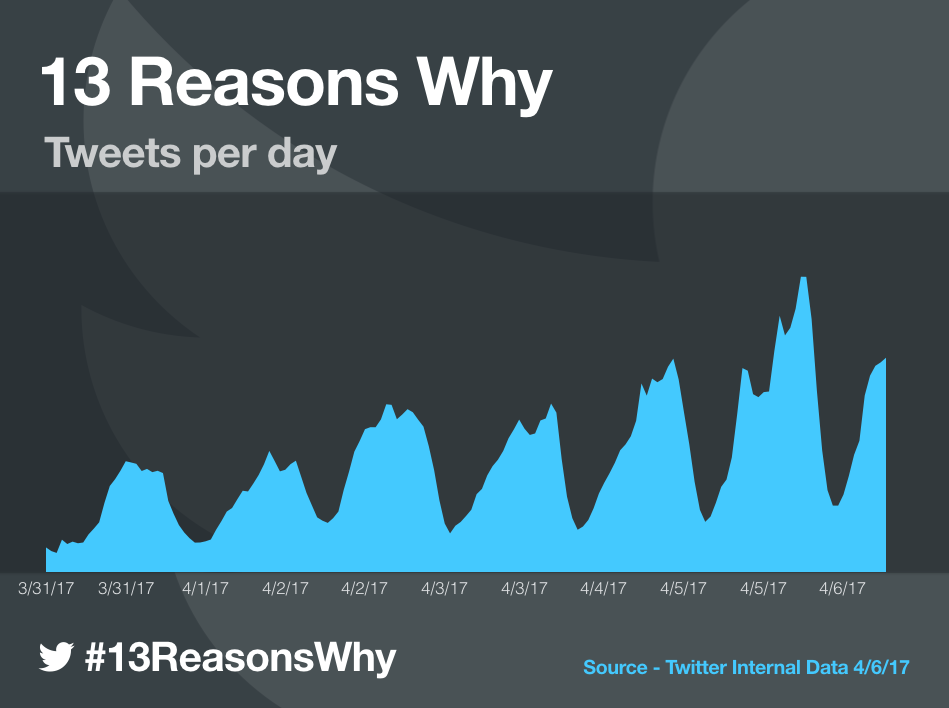 Even more impressive, 13 Reasons Why had the best first week Twitter performance for 2017. If it keeps gaining Twitter traction at this rate, it will beat the top show of 2016, the premiere of Orange is the New Black Season 4.

So what are you waiting for? STOP READING THIS AND GO BINGE THE SHOW. If nothing else, we’ve got to get 13 Reasons Why to 13 million tweets.