Looks like Google Maps caught “13 Reasons Why” while they were filming!

Super-sleuths will appreciate this latest Google Maps discovery. PopSugar writer Maggie Pehanick discovered that Google Maps caught 13 Reasons Why while they were filming. Pehanick stumbled upon this discovery when she searched the address of Clay Jensen’s house (231 Bayview Street, San Rafael, CA) and found Clay Jensen himself on the front walk.

Could it truly be Clay (AKA Dylan Minnette in real life)? After further analysis of the figure caught outside the Jensen family home, all signs point to yes. Although his face has been blurred out for privacy’s sake, that hoodie, those jeans, and even the headphones are all extremely Clay-esque! 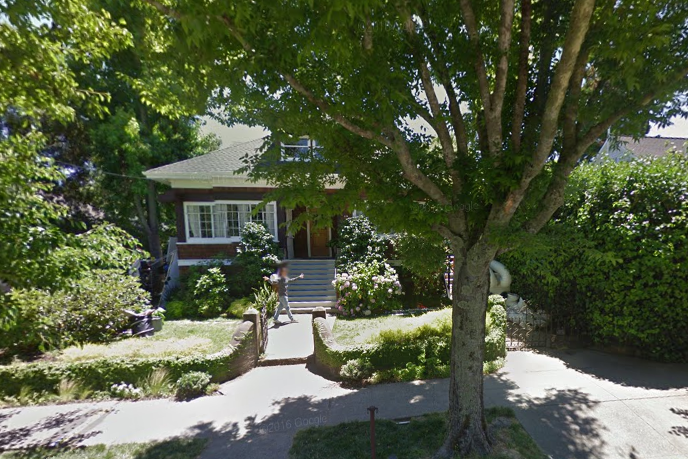 Let’s zoom in a little to take a closer look: 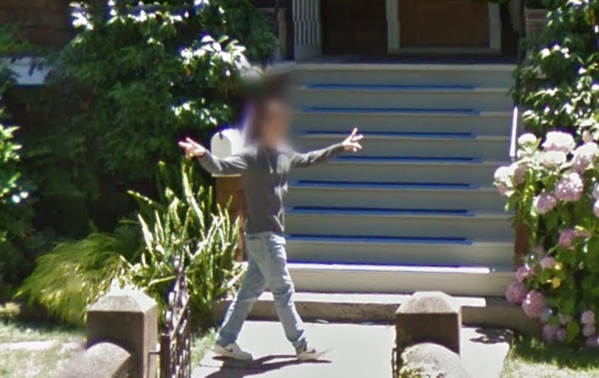 Look at him flashing those peace signs! We see you, Minette! We see you!

And if you’re still not convinced that this is a candid behind-the-scenes shot of 13 Reasons Why, then check out the rest of the street. Cones, trucks, ladders, folding chairs — looks like some behind-the-scenes action to us. 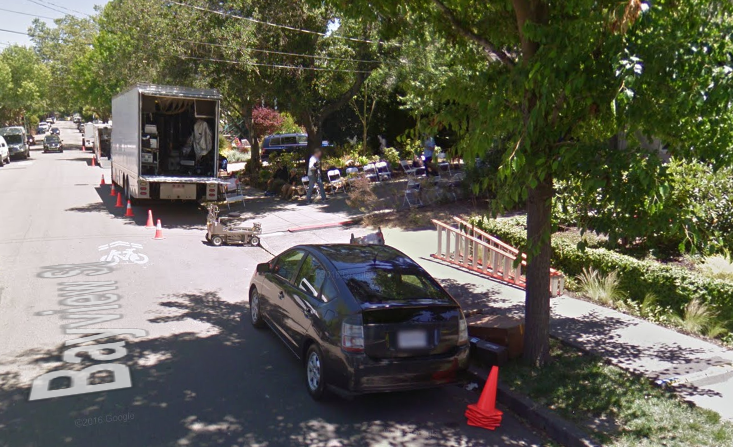 If they aren’t using those cones to let people know, “Hey, we’re filming here!” then we don’t know what they’re there for. 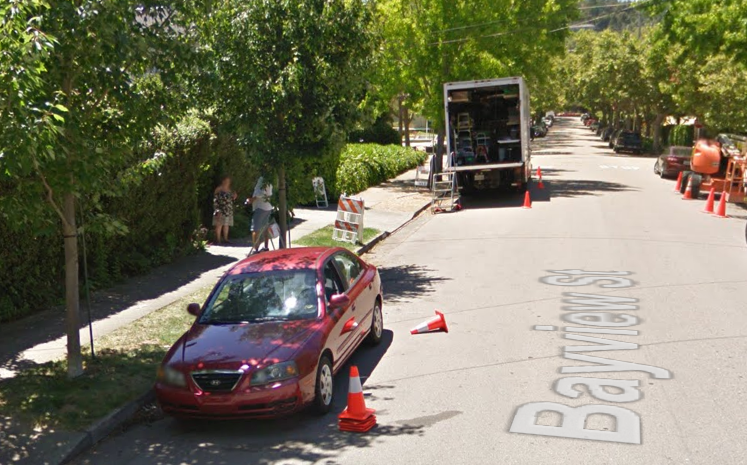 We’re sending major kudos to Pehanick for finding this hidden Google Maps Easter egg. She’s patting herself on the back too, except one tiny detail nags her. Pehanick writes:

"The only thing that gives me pause is that in this picture he's wearing Apple earbuds, but in the series, Clay uses over-the-ear headphones. Still, I'm living in the world where this is definitely Dylan Minnette."

We’re living in that world, too. We want to believe!