9 amazing acts of kindness we witnessed during the Women’s March in D.C.

One of the most striking things we witnessed at the Women’s March in Washington, D.C. yesterday was the outpouring of kindness all around. Anyone who goes to a large outdoor gathering knows things can get stressful really quickly. Add to that an emotionally charged day, lots of crowds and cold weather, and even the most zen person can start to feel a little cranky. So that’s why it’s so amazing when we saw the complete opposite happening at the Women’s March in D.C.

People truly looking out for each other in the most sweet, and unexpected ways. Here are some of our favorite stories of kindness we witnessed at the Women’s March, Washington, D.C.: 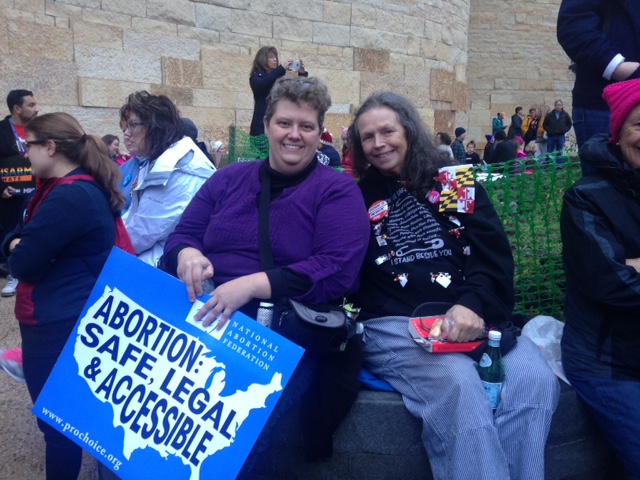 When we went up to interview two women about their reasons for marching they were laughing and joking like there was no one else in the world. We assumed that they were old friends who had gone to the march together from their hometown. Upon talking to them more we learned that they were actually strangers who had just struck up a conversation a couple minutes before we walked over. The truth is we saw this all over, and it became a big theme of the day – strangers becoming friends.

As you can imagine a march with hundreds of thousands of people would mean the longest bathroom lines in the world. It felt like there were hundreds of people in the line. At the front of the line there was a woman directing people to open bathrooms and directing them away from unsavory ones, just to be nice! She wasn’t volunteering or working with the march at all.

In a really densely crowded protest it can be easy for people to get separated. At the Women’s March in D.C., if a person realized they’d lost someone, everyone around them would join in calling out the person’s name to widen the scope and reunite them. That kind of seamless teamwork among strangers definitely helped me scary situations way less scary. 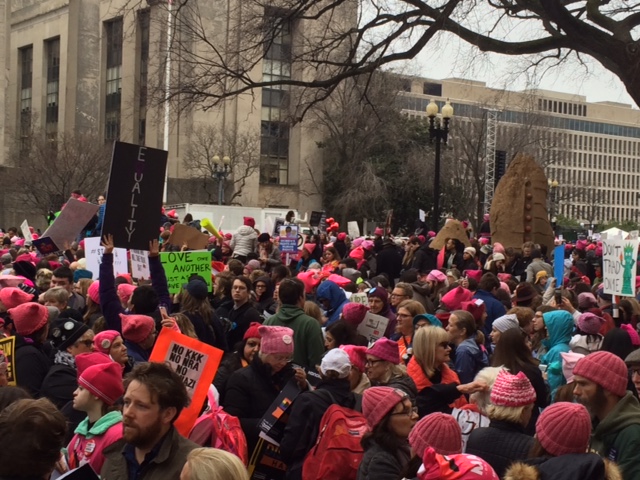 There were so many people in the crowd who had printed multiples of their signs and pins and were giving them away to protestors in case they didn’t have one. It was really kind because a lot of protestors  had made last-minute decisions to come to D.C., and weren’t as prepared. 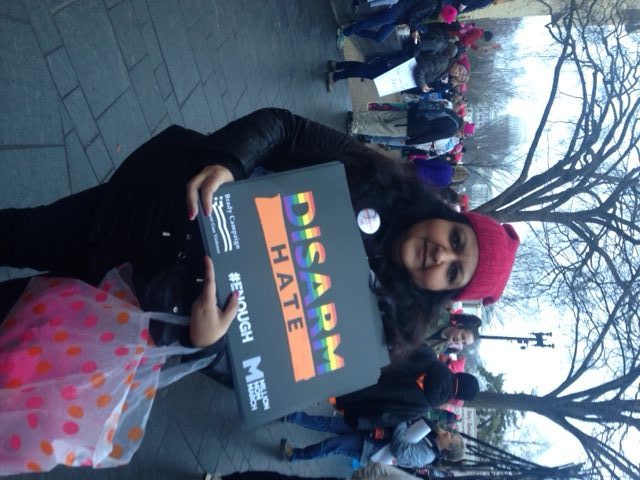 Everywhere you looked was a sea of pink, and a lot of that had to do with several protestors who knit  multiple “pussy” hats for the march, and then gave them away to strangers at the march. We talked with one protestor who said that at her local yarn shop there was a woman who kept knitting the hats and leaving them at the shop for strangers to take if they were planning to head to the march. 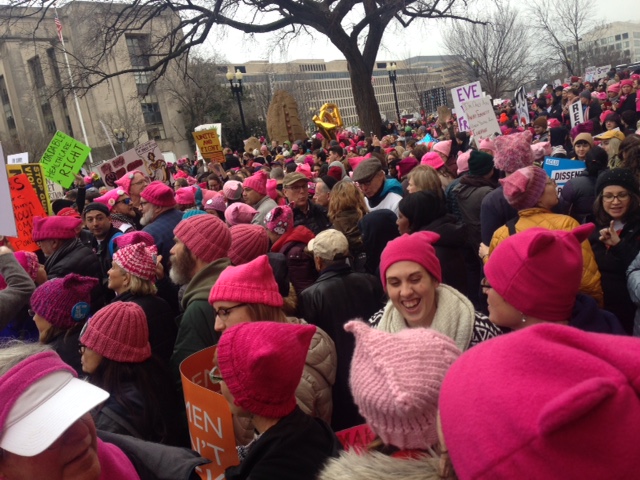 There were several areas of the march where it became really dangerous to walk since the crowd was so thick. At one particular section there was a big three-foot ledge that was almost impossible to see if you were in the crowd until you were about to step over it. Several protestors were waiting at the bottom and helping people down safely, and making sure no one hurt themselves in the crowd crossing it.

The D.C. police officers and military were some of the kindest individuals during the protest. All over we saw them helping lost protestors find their way around the city, or directions on the metro. Everywhere we looked there was police officers waiting and ready to help citizens, or in the process of helping citizens.

At one point during the rally someone had a medical emergency and not only was the crowd able to get a medic over almost immediately, the very thick crowd that was almost impossible to get through parted ways to let the person get the care they needed. Despite all the chaos of the day, there was an underlying sense of kindness and team work that marked everything about the rally and march. 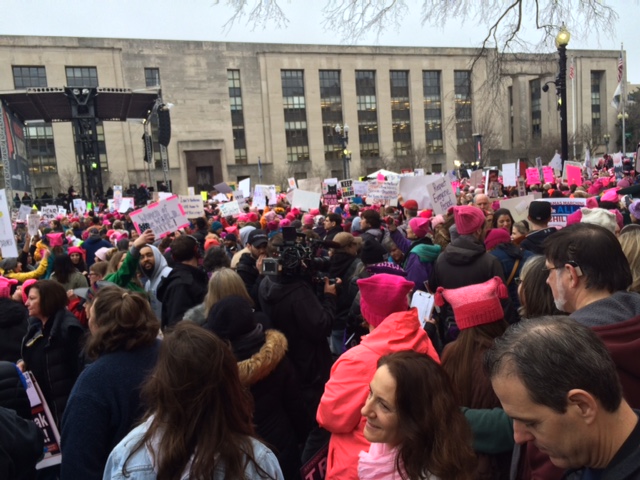 The sense of kindness and solidarity that flowed through the Women’s March was awe-inspiring. Despite the fact that emotions were fraught for most of the people participating, everyone was looking out for one another. That was the most inspiring part of the march. Despite all the challenges we may face as a people, we’re still a people who cares about one another and has each other’s backs.